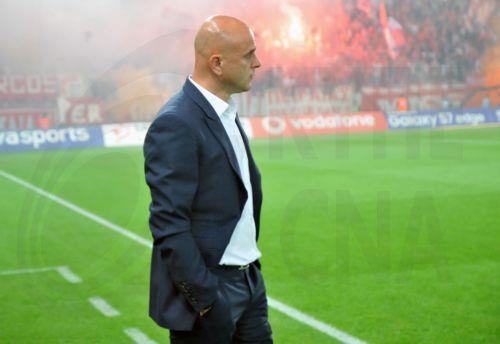 Temur Ketsbaia at the helm of the Men’s National Team

Temur Ketsbaia is the new head coach of the Men’s National Football Team, as the Cyprus Football Association announced an agreement in principle with the Georgian manager.

According to the CFA, the agreement foresees a contract until the completion of the 2026 World Cup qualifiers.

As noted, Temur Ketsbaia has extensive experience and has had a lot of success at club and national level as a coach and as a footballer.

Ketsbaia was born in Georgia on 18 March 1968 and first came to Cyprus as a footballer for Anorthosis 30 years ago in 1992. He returned to Cyprus and Anorthosis in 2002 and after having played for AEK Athens, Newcastle, Wolves and Dundee United in the meantime.

He started his coaching career in 2004 at Anorthosis while still a player of the club. He won two championships with Anorthosis in 2005 and 2008, and in the same year became the first coach to lead a Cypriot team to the group stages of a European competition (Champions League).

From 2009 to 2014 he coached the Georgian national team and also worked at Olympiacos Piraeus, APOEL, AEK Athens and Orenburg Russia.

In 2019 he returned to Anorthosis with which he won the 2021 Coca-Cola Cup, while leading the team to the UEFA Conference League group stages. He left Anorthosis in May 2022.