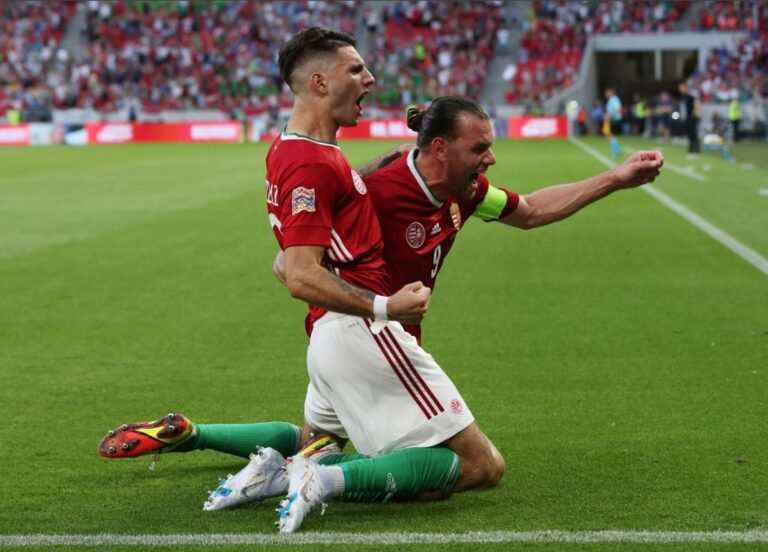 England players were booed by Hungary supporters when taking the knee in protest against racial injustice ahead of their Nations League clash in Budapest on Saturday.

Hungary were hosting England in what was officially a behind-closed-doors match after being disciplined by both FIFA and UEFA for repeated racist behaviour, including during England’s previous visit to Budapest last September.

However, the Hungarian FA said last month children could attend the match at the Puskas Arena. Under Article 73 of UEFA’s disciplinary regulations, children up to the age of 14 from schools and/or football academies can be invited to a game free of charge, provided they are accompanied by an adult.
It meant around 40,000 were able to attend on Saturday, mostly children, and after the national anthems, the England players took a knee prior to kick off, with boos audible from the stands.

Speaking on Friday, England manager Gareth Southgate said he was “surprised” so many spectators were being allowed to attend.

UEFA did not immediately comment when approached by Reuters.