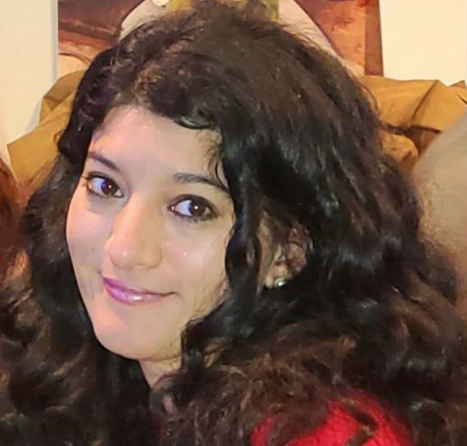 Following a fast-moving investigation, officers have arrested a 29-year-old man on suspicion of murder. He was arrested at an address in Ilford on the afternoon of Monday, 27 June and remains in police custody.
Statement from Chief Superintendent Stuart Bell, the senior officer responsible for policing in East Area, which includes Ilford:
“As you will be aware we are investigating the tragic murder of a woman in Ilford in the early hours of Sunday morning.
“I can confirm that pending formal identification, we believe the victim to be a local 35-year-old woman named Zara Aleena.
“Resources from across the Met are being drawn upon to help us identify whoever is responsible and the murder investigation is developing quickly.
“Our priority is to catch the perpetrator as soon as possible and for that reason there are some aspects of the investigation I won’t be commenting on in detail.
“There will be further information that we release to the press and public as soon as possible.
“We are keeping Zara’s family up to date with our progress and my heartfelt condolences are with them at this terrible time.
“They are being supported by specialist officers – but I cannot imagine the pain they must be feeling.
“I want to briefly summarise what we know at this stage.
“At 02:44hrs on Sunday, 26 June, Met officers were called by the London Ambulance Service to a seriously injured woman found by members of the public in Cranbrook Road, Ilford.
“The woman, who we believe to be Zara, had suffered serious head injuries and despite the best efforts of paramedics and doctors in hospital, she died later on Sunday morning.
“The investigation into this murder is being led by a team of homicide detectives from the Met’s Specialist Crime Command.
“Since the attack, officers have worked every hour to determine more about the circumstances – we are determined to catch the person responsible.
“Zara, who lived locally, was walking along Cranbrook Road in the direction of Gants Hill Station when she was assaulted.
“It is now believed that she was the victim of an attack by a stranger.
“Her family are aware of this and as the investigation progresses they will continue to be updated and supported.
“A special post mortem has been completed. Zara suffered multiple serious injuries that contributed to her death.
“There is no evidence at this time that weapons were used during the attack.
“A full forensic examination of the scene and the surrounding area, house to house enquiries and a focus on identifying all available CCTV has been taking place since yesterday and local people will continue to see a significant police presence over the coming days and weeks.
“Our priorities are to ensure the safety of the local community and to engage locally with residents and people affected.
“We will be working closely with partners and locally elected representatives to do all we can to make people in this area feel safe and tackle offenders who harm people and cause alarm in our community.
“We know people are concerned and we are determined make our public spaces safer in this area.
“My genuine thanks go to everyone in the community for their patience and resilience. Our neighbourhood officers will be making themselves available over the coming days to speak to the community and people affected locally.
“Every resource is being dedicated to locating whoever is responsible and with every hour, the investigation is gathering pace.
“Tackling violence against women and girls is an absolute priority for the Met. Every day our officers are working with partners across the capital to improve safety in our public spaces.
“Women should not have to change their behaviour and should be able to go about their business, feeling safe, any time of day or night. It’s our job to ensure that happens – but officers cannot be in all places at all times.
“I would urge our community, especially women, to report any suspicious or unwanted behaviour and seek help if you feel threatened.
“These appalling crimes have no place in our society. We are determined to bring perpetrators to justice, while improving safety for everyone in London.
“Everyone should be able to their lives free of the fear of violence.
“It is crucial that anyone with information comes forward to police, or calls Crimestoppers, anonymously, in order to help catch whoever is responsible for this truly shocking act of violence.
“Specifically, we are appealing for anyone who was in the Cranbrook Road area of Ilford between 02:00hrs and 03:00hrs on Sunday morning to get in touch, including anyone who drove through the area and may have dashcam footage.
“We also want to hear from anyone who saw anything suspicious in the wider Ilford area overnight.
“Anyone with information or footage, or any witnesses, are asked to call the major incident room on 0208 345 3775.