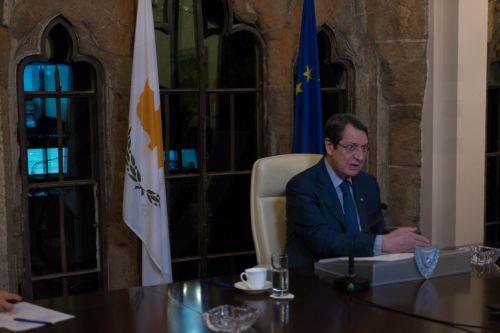 Cyprus President Nicos Anastasiades has said that he will protest to the United Nations about Turkey’s recent illegal activities.

In an interview with CyBC, on Monday, Anastasiades said that a letter he will send the UN will include Turkey’s actions as regards the illegal airport in Turkish occupied Tymbou, as it has said it would consider flights originating from there as “domestic” and the financial protocol between Turkey and the illegal regime in the occupied areas through which Ankara is seeking to have absolute control over Turkish Cypriots.

Among other things, he also spoke of a blatant revisionism on the part of Turkey and expressed the view that despite dangers and threats made against both Athens and Nicosia, Turkish President Erdogan would not go ahead with desperate actions which would have unforeseeable consequences for Ankara.

Cyprus has been divided since 1974, when Turkey invaded and occupied its northern third. Varosha, the fenced off section of the Turkish occupied town of Famagusta, is often described as a “ghost town”.