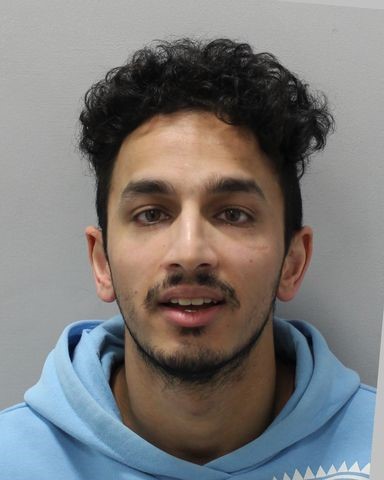 A man has been sentenced for seven counts of stalking in relation to aggravated offences against 121 victims
Vishaal Vijapura, 28 (05.10.93) of Shirley, Croydon, was sentenced at Croydon Crown Court on Tuesday, 14 June to two years and eight months’ imprisonment. He also received a Sexual Harm Prevention Order for a term of five years.
He previously pleaded guilty at the same court to seven counts of stalking involving fear of violence.
The Crown Prosecution Service authorised the charges to illustrate the overarching stalking behaviour Vijapura had shown towards the 121 known victims.
In January 2021, the Metropolitan Police were made aware of a list Vijapura had published online containing the victim’s personal details, as well as a short essay attempting to justify raping the women, more victims came to light during the intense police investigation.
On many other occasions, Vijapura took the victims images from their personal social media profiles and published these with a rhetoric stating that the victims enjoyed outlandish sexual gratification, he also published posts online of them with their personal details encouraging serious sexual violence against them.
Vijapura sent many of the victims direct messages containing vile and horrific topics with sexualised themes throughout.
The victim’s addresses span 16 police areas across England.
These victims have provided evidence and impact statements, as well as providing evidence of them receiving or being aware of online correspondence from Vijapura.
Evidence was also gathered showing that Vijapura identified the victims online and then followed this up by paying for online services in order to obtain their names and full address details.
In some instances he paid an ancestry website in order to obtain even more detailed personal information relating to the victims and their families.
Following the publication of the online list and the associated essay, Vijapura was arrested on 28 January 2021 and was subsequently bailed, with conditions, pending the download and review of his many electronic devices.
On 19 March 2021, Vijapura was arrested again in relation to a new offence and it became apparent that he had breached his police bail conditions.
Since receiving the initial allegations, detectives have managed a complex investigation involving the forensic analysis of many devices in order the gain the necessary evidence to place Vijapura before the courts.
Detective Inspector Paul Smith, from the South Area Public Protection Unit, said: “The dedication and commitment from the officers working on the case, with national support from colleagues across the UK, has meant that Vijapura can no longer put these victims at fear of violence. Some of the victims police have contacted were too scared to venture out alone after the threats received from Vijapura.
“The internet is now a safer place with future proofing against ongoing offending from this man in the form of a custodial sentence. This kind of criminality is dangerous and offensive and will absolutely not be tolerated.
“The victims in the case have shown great strength in coming forward. They have supported the investigation and provided evidence of how Vijapura’s misogynistic behaviour has deeply affected their lives. it is wholly right that he has received a custodial sentence.
Anybody who may have further evidence relating to this case or who may need support should contact DI Paul Smith of the South Area Public Protection Unit by calling 101.