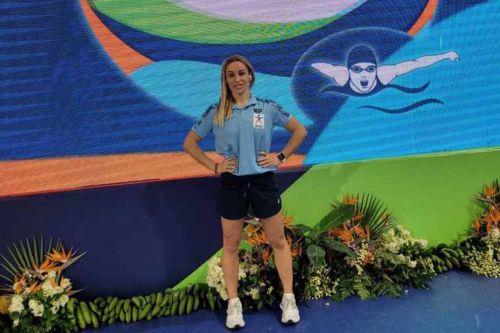 The Cypriot swimmer will compete in Women’s 50m free style S11 scheduled for Sunday and at 100m breaststroke SB11.

“Having experienced five Paralympic Games I can say that a post-Olympic year is one of adaptation in the new 4-year cycle,” Peledritou said, adding she has been preparing in the best-possible way and although problems were not absent “I managed to take part in the ninth world championship in my career.”

As she noted, she participated in her first World Championship 22 years ago.

“The fact that 22 years on I am still here claiming a spot on the podium is very satisfying and fills me with pride”, Peledritou, who holds the world record in 50m and 100m breaststroke, added.

Her last medal in a World Championship was in Mexico 2017 clinching gold in 100m breaststroke, while in 2019 she was off the podium as she faced adductor problems.

Madeira’s World Championship is considered an important landmark for Pelendritou who last April won gold in 50 m breaststroke and silver in 50m freestyle in an annual meeting in Berlin.