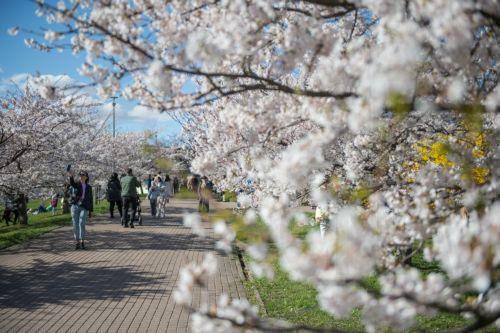 A Sakura Park opened in Kampos village of Nicosia district last week, at the initiative of the Embassy of Japan on the island.

The Embassy had suggested to the Ministry of Agriculture back in 2021 to grant an area for the creation of a park to grow the well known cherry trees.

Ambassador of Japan Seki Izumi noted that it has been her dream to create a “Sakura Park” in Cyprus since she was appointed Ambassador to the Republic of Cyprus.

The embassy’s website said that during the opening, the ambassador said that the year 2022 marks 60 years since the establishment of diplomatic relations between Cyprus and Japan and that the “initiation of creating the “Kampos Sakura Park” commemorates and symbolizes the ever-lasting friendship between Japan and Cyprus.”

The Ambassador expressed the wish to see the Sakura which in Japanese culture “symbolize the Spring, revitalization, the hope and nature of life” to blossom and to have an official planting ceremony to take place when Kampos village celebrates the Cherry Festival in June.

President of the Community Council of Kampos, Sotiris Antoniou, said that Kampos was selected as the most suitable place to plant the Sakura due to the weather conditions prevailing in the village.

In addition, he underlined that the intention of the Embassy was to start the first phase of the park early in 2022, so that on the occasion of the annual cherry festival that will follow in the village to celebrate the 60th anniversary of Cyprus – Japan diplomatic relations. As he noted, also, “for our part, with this step we anticipate a lot in the development of a fraternal relationship with the friendly people of distant Japan.”

In their remarks, the representatives from the Department of Forests of the Ministry of Agriculture, Rural Development and Environment and the Ministry of Foreign Affairs praised the project as a symbol of Cyprus – Japan friendship as well as for its contribution to the sustainable development of the region.