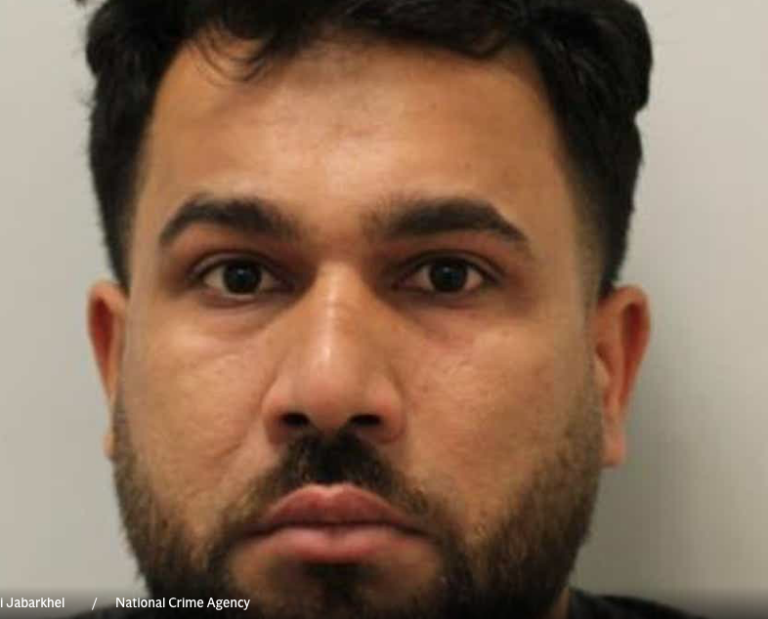 Four members of a people smuggling group, including a north west London barber who offered lorry drivers thousands of pounds to bring people illegally to the UK from France and Belgium, have been jailed.

An NCA investigation found that Gul Wali Jabarkhel, 33 and from Cricklewood, used his barbershop in nearby Colindale as a front to commit organised immigration crime, and was attempting to recruit lorry drivers to bring migrants to the UK.

In September 2020 Jabarkhel – who claimed he had links with Albanian criminals abroad – offered a driver £2,500 for each person smuggled in from France or Belgium, with payment to be made on completion.

He was reluctant to smuggle more than five migrants at a time due to the risk of detection, but wanted to secure an on-going arrangement with the driver, who would make smuggling runs up to three times a month.

The first run was scheduled for 9 November 2020, which involved smuggling migrants from Belgium, but Jabarkhel abandoned it.

Instead, he and a co-conspirator in a future venture, Baz Mohammed Jabarkhil, 47, from Mill Hill, also in north west London, left the UK and flew to Kabul, Afghanistan. While they were away the NCA worked to stop them returning, in an attempt to disrupt their criminal enterprise.

However, the pair made repeated attempts to re-enter the UK illegally using the lorry drivers they had tried to recruit. A plan was hatched for this in April 2021, which they were to pay £7,500 each for.

With them out of the country they turned to fellow crime group members Rehan Murudkar, 19, of Edgware and Mohammad Rafique, 28, of Dollis Hill, to arrange a cash handover at the M1 London Gateway Services for their facilitation.

But the pair were unaware that they were being watched by the NCA, and shortly after the cash was paid to the lorry driver Murudkar and Rafique were arrested on suspicion of money laundering.

When interviewed, both men admitted travelling from the hair salon to the service station with the money but denied involvement in the people smuggling plot. They claimed they were unaware of what they were purchasing but had made the assumption they were paying for untaxed goods such as barbering equipment.

However, this was contradicted by evidence found on their phones showing repeated phone calls, audio and text message exchanges with Jabarkhel and Jabarkhil.

This included a Google Maps link for the service station that Jabarkhil sent to both Murudkar and Rafique and messages from Murudkar to his partner saying he was dropping off £10,000 for Jabarkhel.

Shortly afterwards, Jabarkhel thought he had finally successfully smuggled himself back into the UK, but NCA officers arrested him at the barber shop on 8 July 2021.

Two months later Jabarkhil also entered the UK illegally via a small boat. He was detained by Border Force in Dover and arrested over people smuggling offences by the NCA.

All four men were convicted at Kingston Crown Court on 25 April, following a six week trial, and were sentenced at the same court yesterday (1 June).

Jabarkhel was jailed for 10 years, Jabarkhil for five years, Murudkar for two years and three months and Rafique for three-and-a-half years.

Jabarkhil pleaded guilty to illegally entering the UK in September 2021.

Jabarkhel pleaded guilty in an earlier hearing for his part in the conspiracy to smuggle Jabarkhil into the UK.

NCA Senior Investigating Officer Chris Hill said: “This group were seeking to profit from the clandestine movement of vulnerable migrants, driven by money and more concerned with detection at the borders than the risks to human life.”

“Jabarkhel and his associates are now facing time behind bars. These sentences are a stark reminder to anyone involved in organised immigration crime: you’ll be thoroughly investigated by the NCA and brought before the courts.”

Minister for Justice and Tackling Illegal Migration, Tom Pursglove MP said:  “Thanks to the tireless work of the NCA on this case, these vile people smugglers are behind bars and will not be able to profit any further from putting people’s lives at risk.

“We are doing everything in our power to end these dangerous journeys, both via small boats or horrendous conditions in other vehicles, working with all of our partners across and outside Government.”