Home defeat for Cyprus against Kosovo 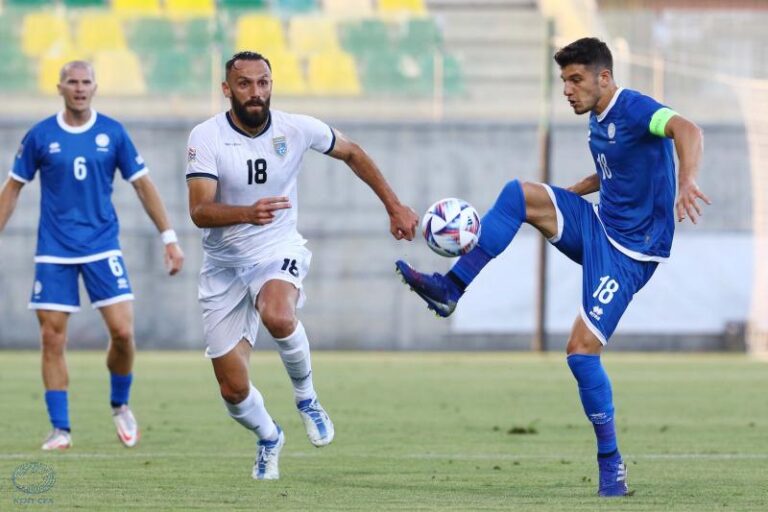 Cyprus remains winless and has now gone 10 games without a victory. Kosovo kicked off the UEFA Nations League on the right foot with an away win.
There is no history between Cyprus and Kosovo as this is the first time they have faced each other.
The group that includes Cyprus and Kosovo is made up of Greece and Northern Ireland and corresponds to League C Group 2.
Cyprus has not fared very well in its home matches. In the most recent ones, the Cypriots record poor results at home as out of the last 10 matches at their stadium, Cyprus has failed to win in seven of them. Five of them ended in defeat.

Cyprus started off well and had the opportunity to take the lead just before the half time break.
It was great play down the right by Cyprus that ended in a cross into the box that looked for Sotiriou, but the Cypriot missed a clear goal-scoring opportunity.

In the 65th minute Kosovo took the lead
When they scored through Valon Berisha with a shot from outside the box.

Kosovo increased their lead 15 minutes later Scored by Zhegrova who cut back and a double feint on the edge of the box and shot to make it 0-2.