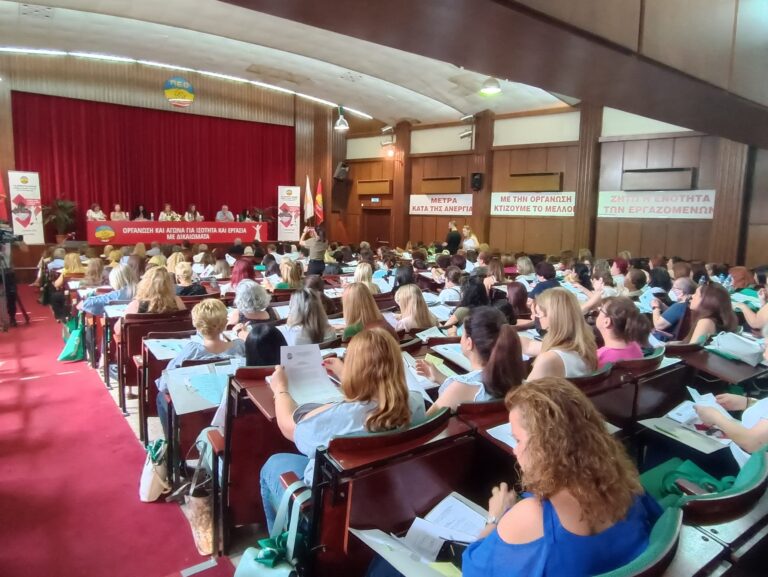 The 11th Pancyprian Congress of the Working Women’s Bureau of PEO took place on Tuesday at the PEO Conference Hall in Nicosia. The Conference was attended by over 200 delegates from all the sectors of work where the Federation is represented. The discussion focused on the significant problems facing working women today, in an admittedly adverse, but also unequal employment landscape between men and women.
In her speech to the Conference, the General Secretary of PEO, Sotiroulla Charalambous, highlighted in an emphatic way the importance of the issues of combating discrimination at work, as well as the need for the organization and participation of working women in the trade union movement.
As the General Secretary of the Federation stressed, the struggles and assertions at work and in society in general that have developed over the years for equality confirm how imperative the creation and operation of the Central Office of Working Women’s Bureau of PEO was both socially, but also for the trade union movement itself.
In addition, S. Charalambous criticized the government’s harsh neoliberal policies which “have led to the dismantling of the welfare state, the selling off of public wealth and property, the compression of labour costs and the deregulation of labour relations”.
Welcoming the presence of Turkish Cypriot working women sisters at the Conference, the General Secretary of PEO stressed that for PEO, reaching a solution of the Cyprus problem within the agreed framework of a Bicommunal, Bi-zonal Federation with political equality, as outlined by the Resolutions of the UN, is the only way to reunite Cyprus and liberate it from foreign dependencies.
For PEO, she added, the struggle for equality and women’s empowerment and emancipation has never been separated from the struggles of working people in general.
“Recognising the numerous discriminations women suffer, acknowledging that the starting points of men and women in society and work differ, we have always had the gender perspective and dimension in the action plans and assertions of PEO,” Sotiroulla Charalambous pointed out.
On her part, the Head of the Working Women’s Bureau of PEO, Marina Koukou, in her own intervention added that “today the need for the existence and activity of the PEO Working Women’s Bureau is even more crucial, given that the reasons that led to its establishment still exist, unchanged, and demand stronger action as working women face inequalities and are confronted with old and new challenges, in an environment full of contrasts and contradictions”.
Turkish Cypriot journalist Sevgül Uludag addressed the Conference on behalf of the Turkish Cypriot trade union ‘DEV-İŞ’ Working Women’s Bureau, stressing that as children of the same homeland, we must demonstrate our determination to work together for the well-being and prosperity of our working people, with the goal of achieving a peaceful and federal solution in which political equality and the rights of our societies are respected.
“Among the goals we are striving for is to live together in an environment where equality prevails in our communities, free of soldiers, weapons and military bases, for a fully demilitarized homeland, free of tensions, racism and nationalism,” Uludag noted. 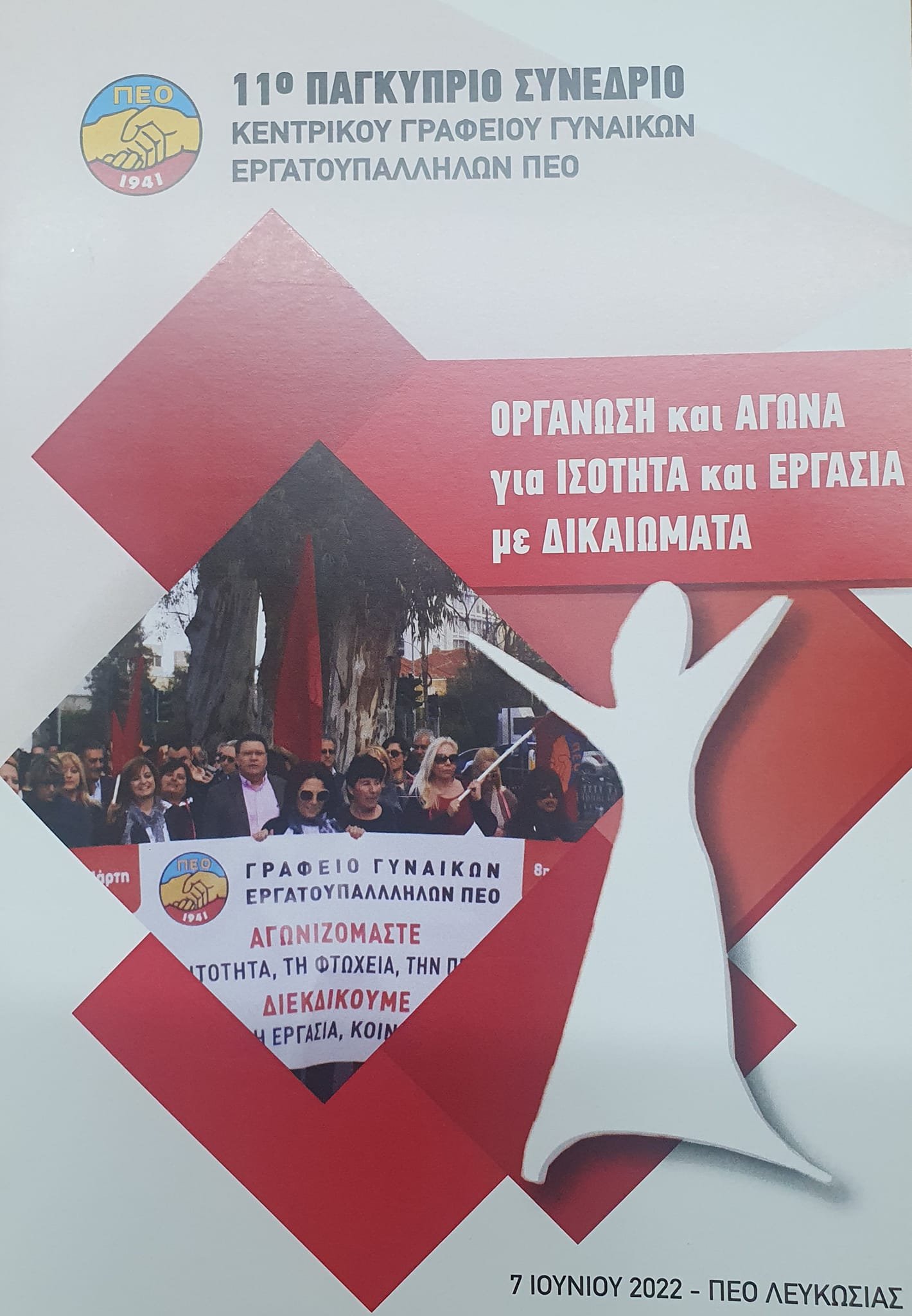 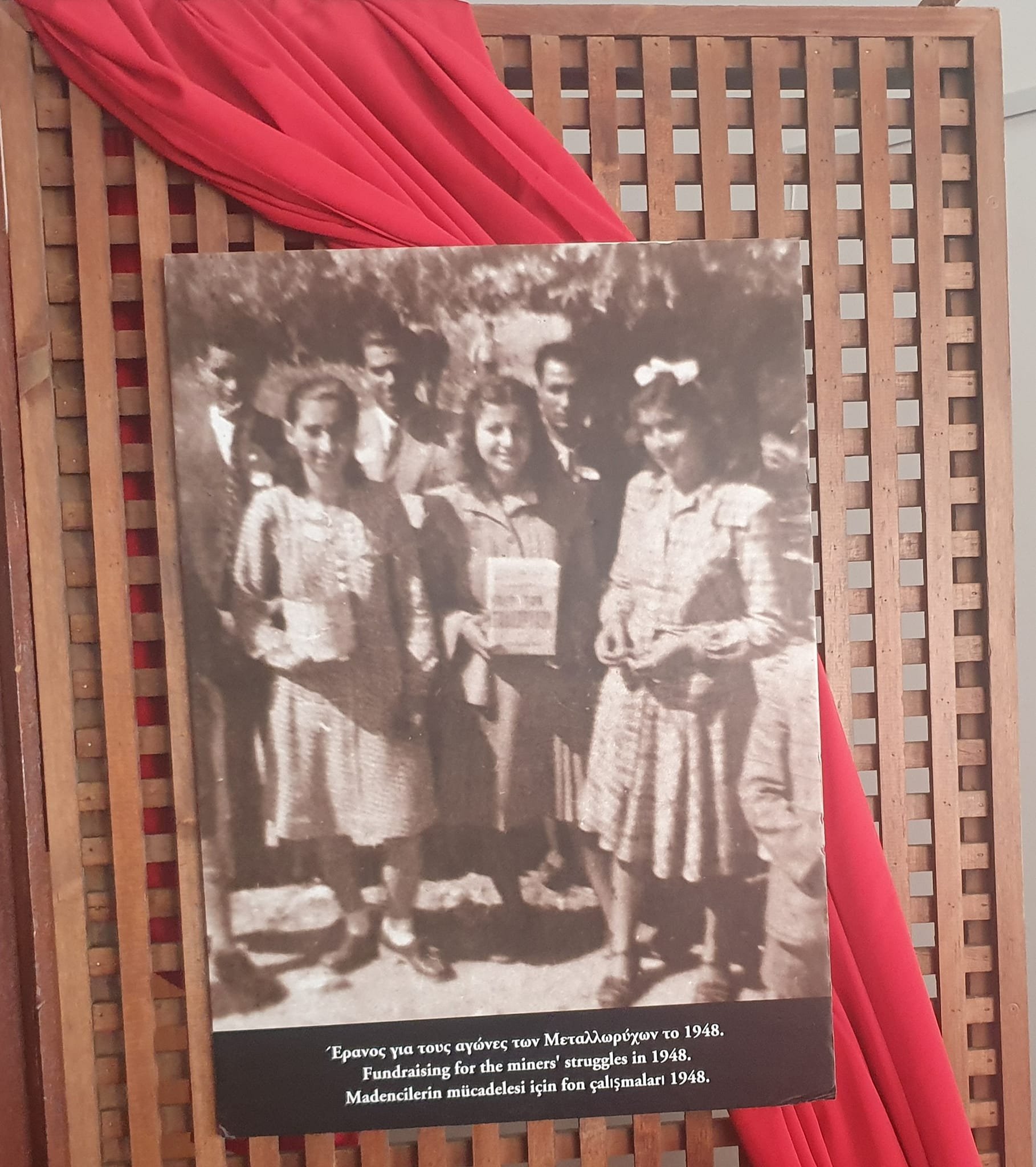 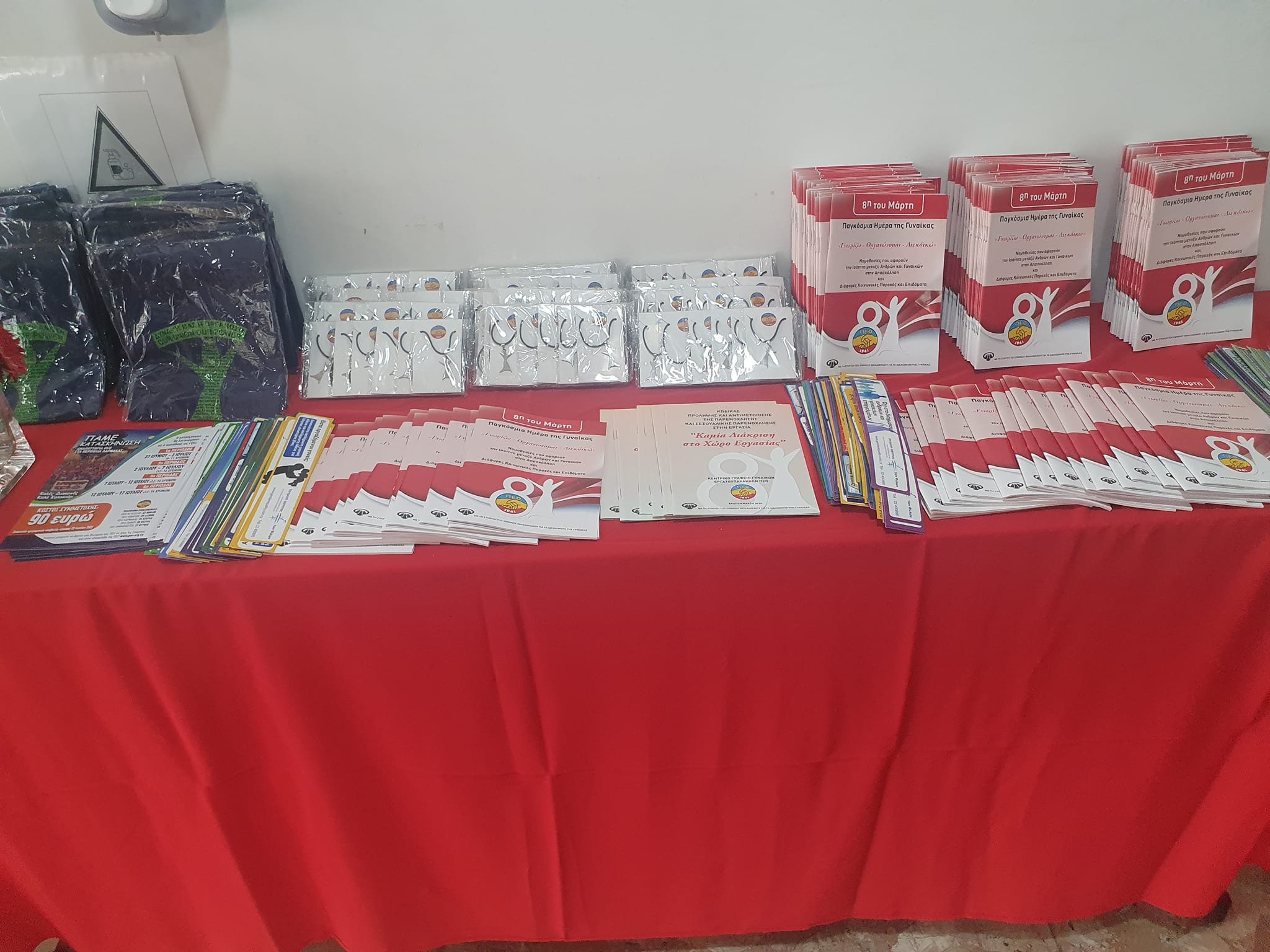 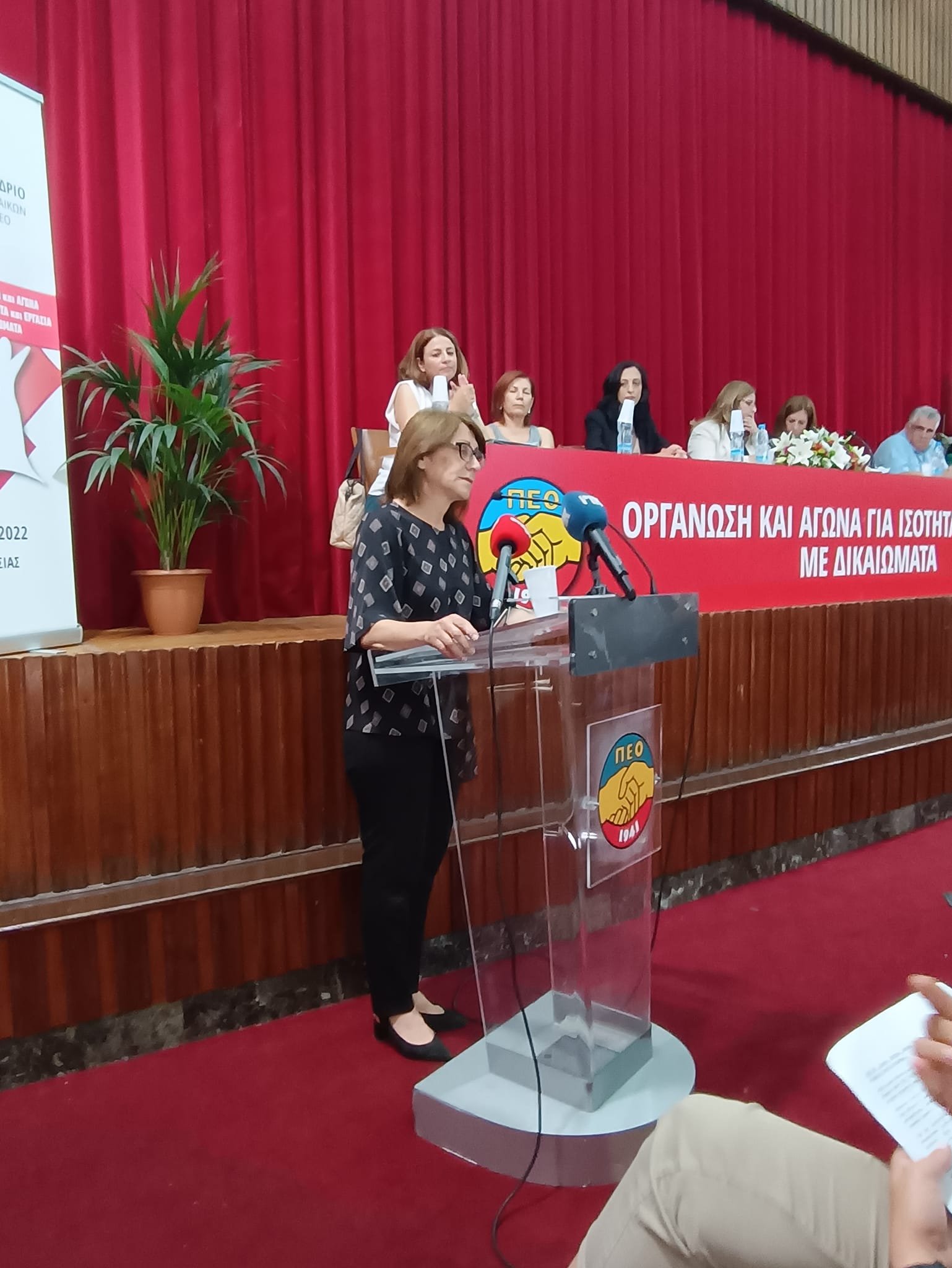 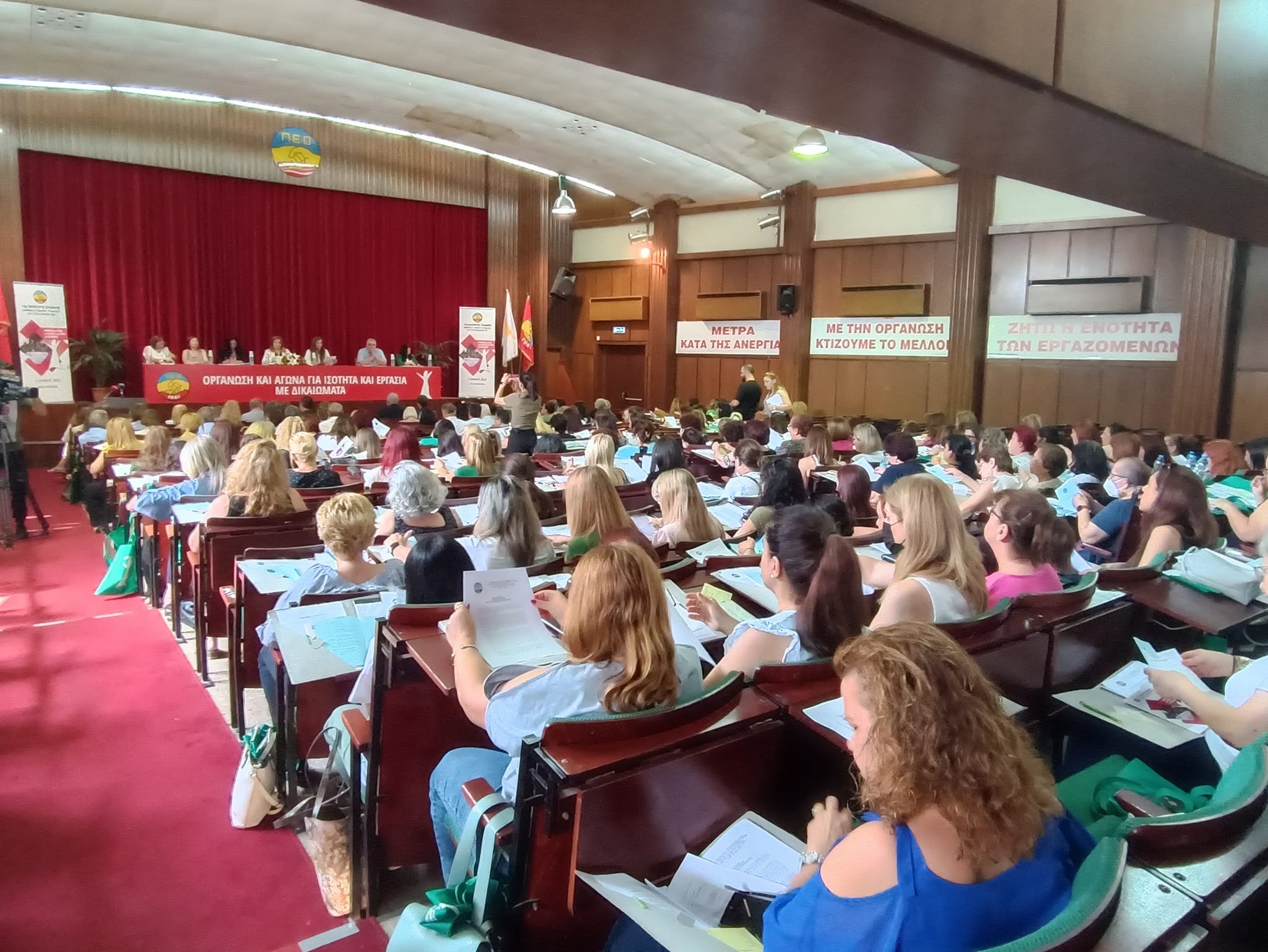 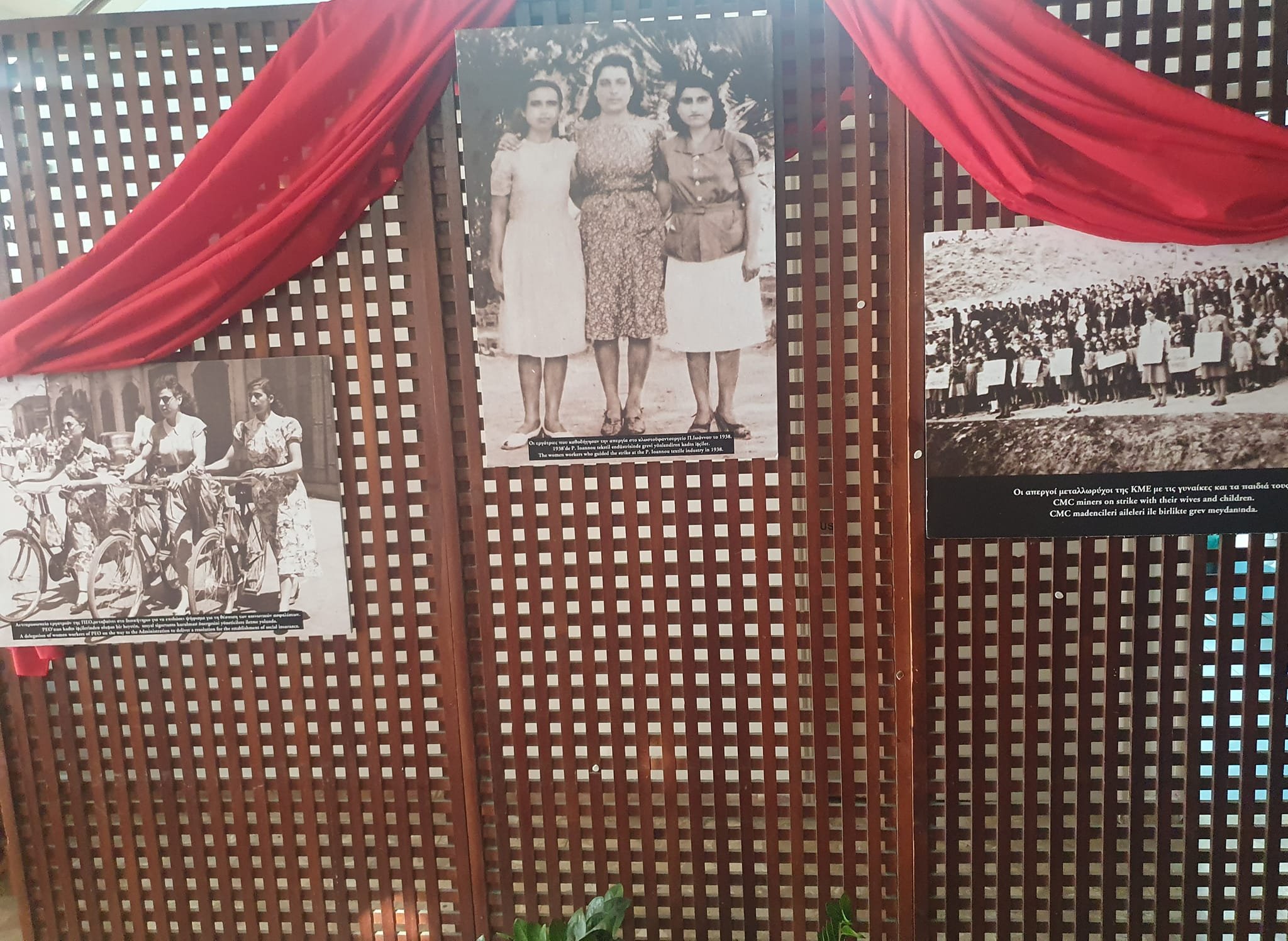 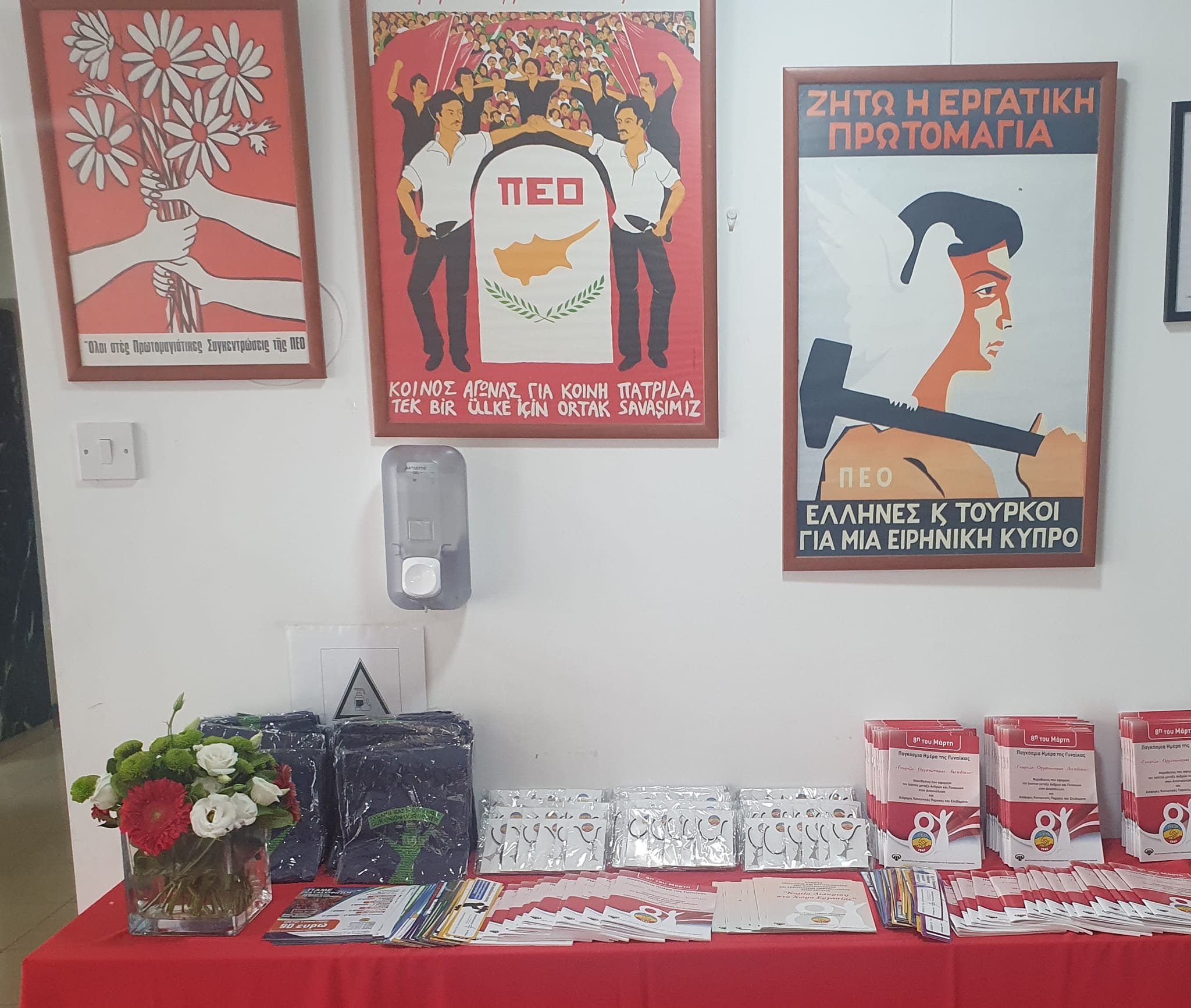