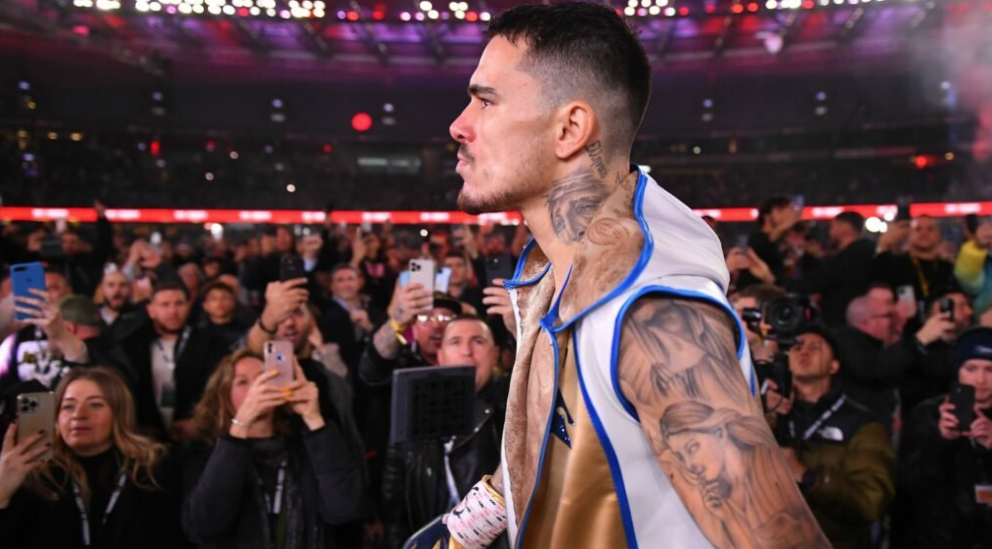 The Greek Australian had a home crowd of almost 50,000, with many of them having marched down Lonsdale Street to Marvel Stadium to support him.

And he walked the true warrior talk at the hardest moment, personally handing over his belts to his 23-year-old opponent, after the judges’ decision on his undisputed win was read out.

“Let’s do it again,” he said, promising a comeback tailored to Haney’s style of game to “get him back at the end of this year”.

Kambosos said that what matters most was that he fought all the way through and didn’t back down to the challenge.

“This is amazing for the sport.

Even Haney praised the Greek Australian for putting his belts on the line to fight him, and confirmed he’d accept the invitation for a rematch.

“I take my hat off to him (Kambosos) because he’s a true warrior, it was nothing but respect throughout the whole buildup,” Haney said after his victory.

Haney is the first undisputed lightweight champion since Pernell Whitaker in 1990 and the first in the four-belt era, which began in 2004.