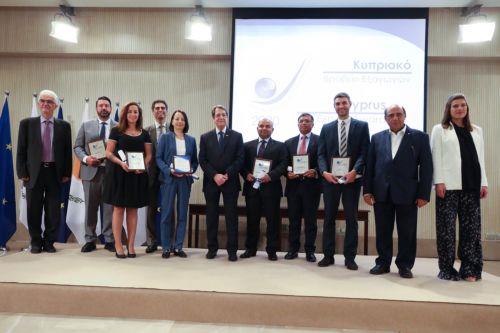 President of the Republic Nicos Anastasiades has said that the government will support entrepreneurs and the vulnerable groups of the population in relation to the significant increase in basic consumer goods, in particular fuel and electricity, in the same manner as it addressed the financial crisis of 2013 and the health crisis of 2020, within its budgetary possibilities.

Addressing the ceremony for the Cyprus Export Awards 2020 that took place on Thursday at the Presidential Palace, the President said that two packages of support measures of 300 million euro have already been adopted, while “there is a continuous evaluation of the measures that can be taken to further support the economy and especially the vulnerable groups”.

“Under the current adverse conditions created by the pandemic, but also by the Ukrainian crisis, the contribution of domestic exports to the growth model of the economy is gaining even more value,” he noted.

In his speech, President Anastasiades said that emphasis is placed on financing business activity and added that for 2021-2027, the Ministry of Commerce has secured over 545 million in European funds for the implementation of grant schemes and other facilities, while in 2022 schemes of 158 million euro, have been announced or are planned to be announced in the coming months.

In addition, he said that the Ministry is proceeding with the establishment of Products of Cyprus Branding.

Finally, the President noted that the Ministry is organising, in cooperation with the Cyprus Chamber of Commerce and Industry a targeted program of trade missions to important countries, such as Israel, the United Kingdom, Japan and the UAE, and added that this year there were already two missions to Egypt and Saudi Arabia.

Meanwhile, addressing the event, President of the Cyprus Chamber of Commerce and Industry Christodoulos Agkastiniotis said that despite the adverse conditions the Cypriot companies have managed to promote their export products and services, while Chairman of the Cyprus Export Awards Selection Committee Manthos Mavrommatis said that export of services exceeds some years by ten times the exports of products.

The Export Award for Industrial Products for companies with a staff of up to 50 people, was awarded to “LISKO FOODSTUFF LTD”. The Industrial Products Export Award for companies with a staff of more than 50 people, was awarded to “REMEDICA LTD”. The Financial Services Award was given to “CEDAR ROSE INTERNATIONAL SERVICES LTD”.

“MSC SHIPMANAGEMENT LTD” received the Award for Maritime Transport and Merchant Shipping, while the Telecommunications, Informatics and Information Award was given to “AEON PAYMENT TECHNOLOGIES LTD”, the General Services Award was given to “NIPD GENETICS PUBLIC CO LTD”. An honorary distinction was awarded to HERMES AIRPORTS for its contribution to the tourism sector.