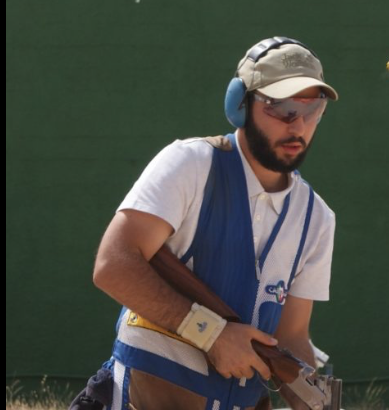 Stefanos Nikolaidis won the Gold Medal in Men’s Skeet at the Mediterranean Games in Oran on Wednesday.

According to an announcement by the Cyprus Olympic Committee, Nikolaidis tied with Efthymios Mitas of Greece at 35/40 for first place and then in the Shoot-off procedure he remained unchallenged with 4/4, with Mitas losing the first discus.

This was the first gold medal for the Cypriot delegation at the Mediterranean Games.

In the same event, Nicolas Vasiliou qualified 6th in the semi-final with 120/125 discs and then remained in 6th place after going through the first round with 17/20, before getting eliminated with 24/30.

In the Women’s Skeet, Konstantia Nikolaou took the 8th place, having made it to the first semi-final with 112/125 discs, but with 15 accurate attempts out of 20 she was left out of the medals contention.

Finally, Panagiota Andreou had 109/125 and was eliminated from the first phase for just one discus.