Fire at shop with flats above – Camden 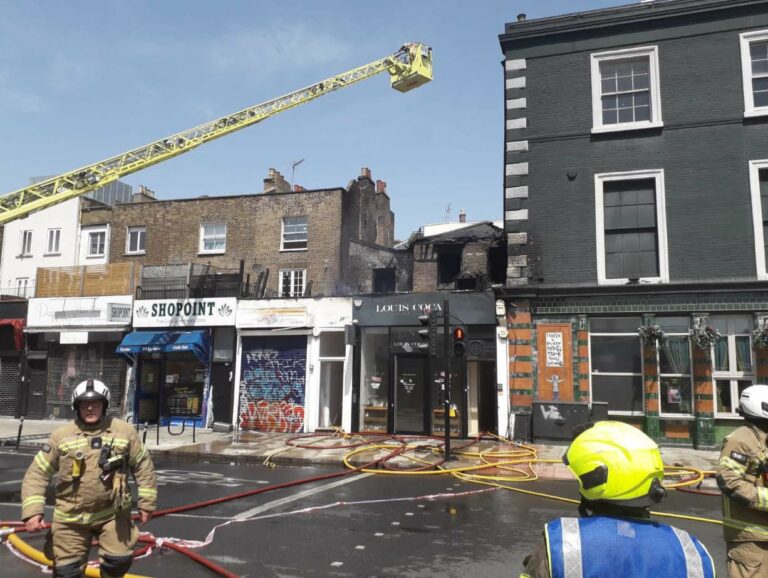 Ten fire engines and around 70 firefighters tackled a fire at a shop with flats above on Chalk Farm Road in Camden.

Part of the ground floor shop and a three-roomed flat on the first floor of the building were alight. A small part of a neighbouring first-floor flat was also alight.

Station Commander Brett Loft, who was at the scene, said: “Firefighters were working in incredibly hot and arduous conditions to quickly bring the fire under control.

“The Brigade’s Deputy Commissioner, Richard Mills, was passing by and noticed smoke coming from a building in the distance. He was first on scene and immediately began incident command.

“There was heavy smoke in the area and local residents were advised to keep their windows and doors closed.

“There are currently no reports of any injuries.”

The Brigade’s 999 Control Officers took 42 calls to the blaze and were able to use 999Eye to live stream the fire from a smart phone to screens in the Control Room, allowing for greater visibility of the incident.

When a 999 call is received by the Brigade, the caller may be asked if they would like to provide a live video stream of the scene using their smartphone. The Control Officer will send a text message with a secure, one-time-use link that opens a live stream direct from the phone to the Control room. 999Eye provides better situational awareness and allows us to offer the best advice based on live footage.

Chalk Farm Road is closed between Adelaide Road and Camden High Street whilst crews work to make the scene safe.

The Brigade was called at 1207 and the fire was under control by 1356. Fire crews from Soho, West Hampstead, Paddington, Kentish Town and surrounding fire stations attended the scene. 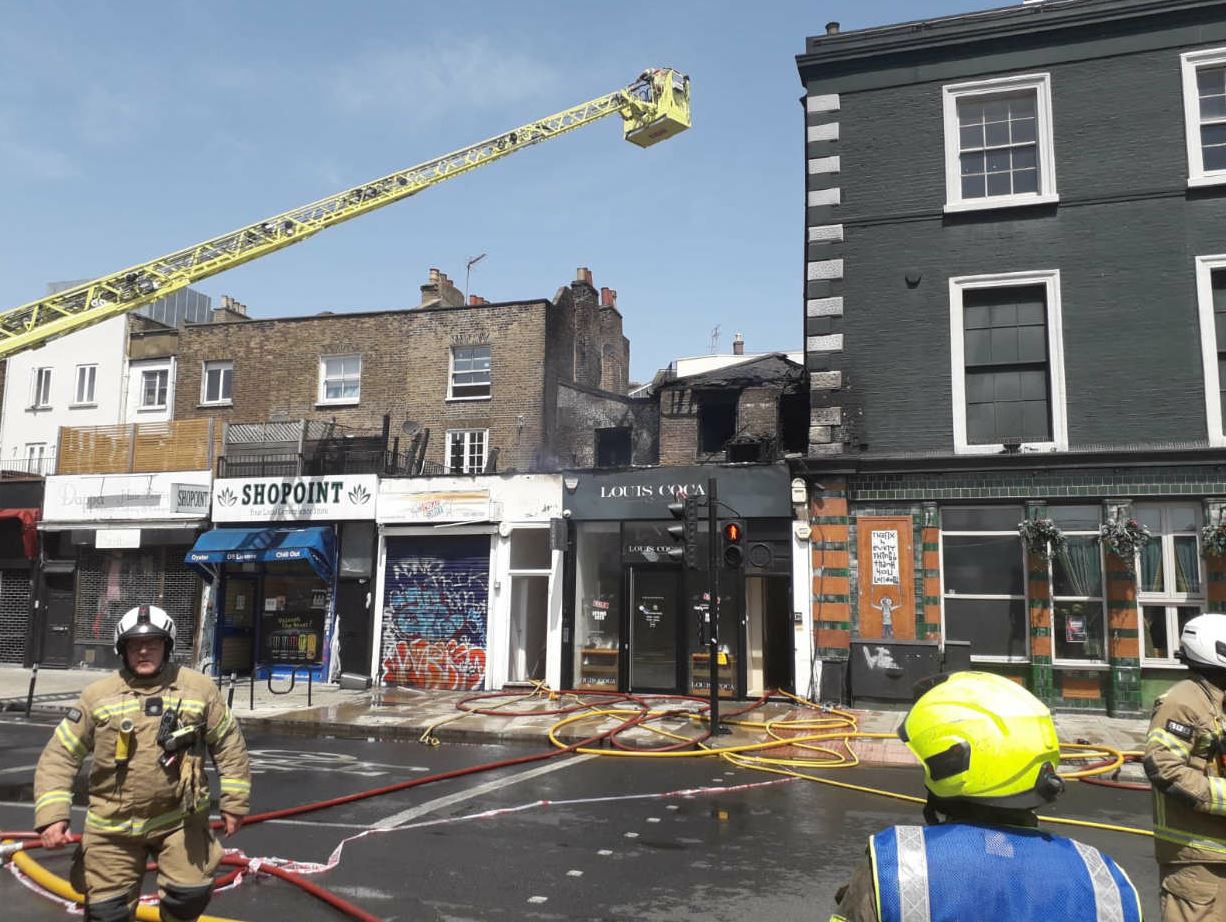 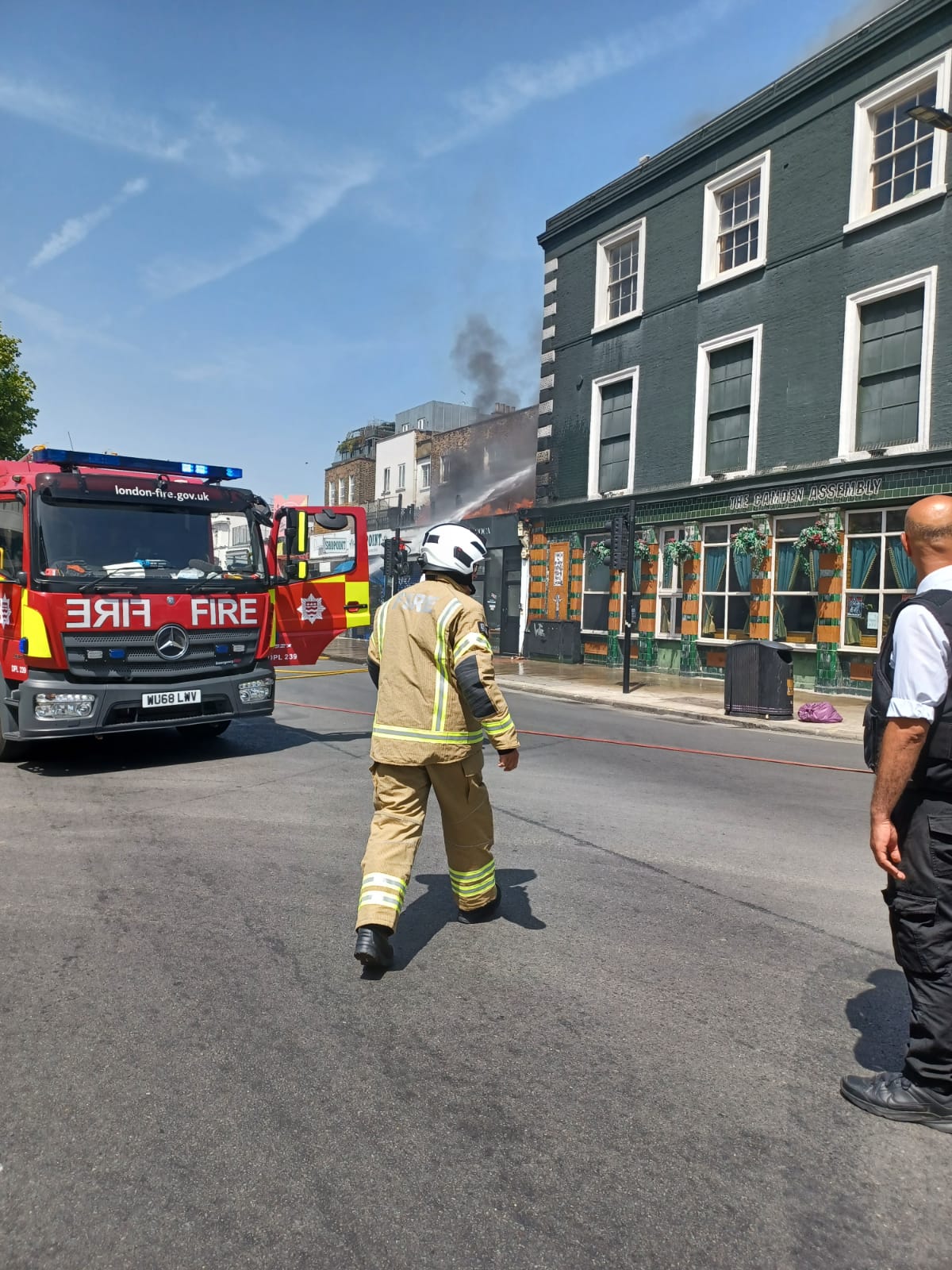 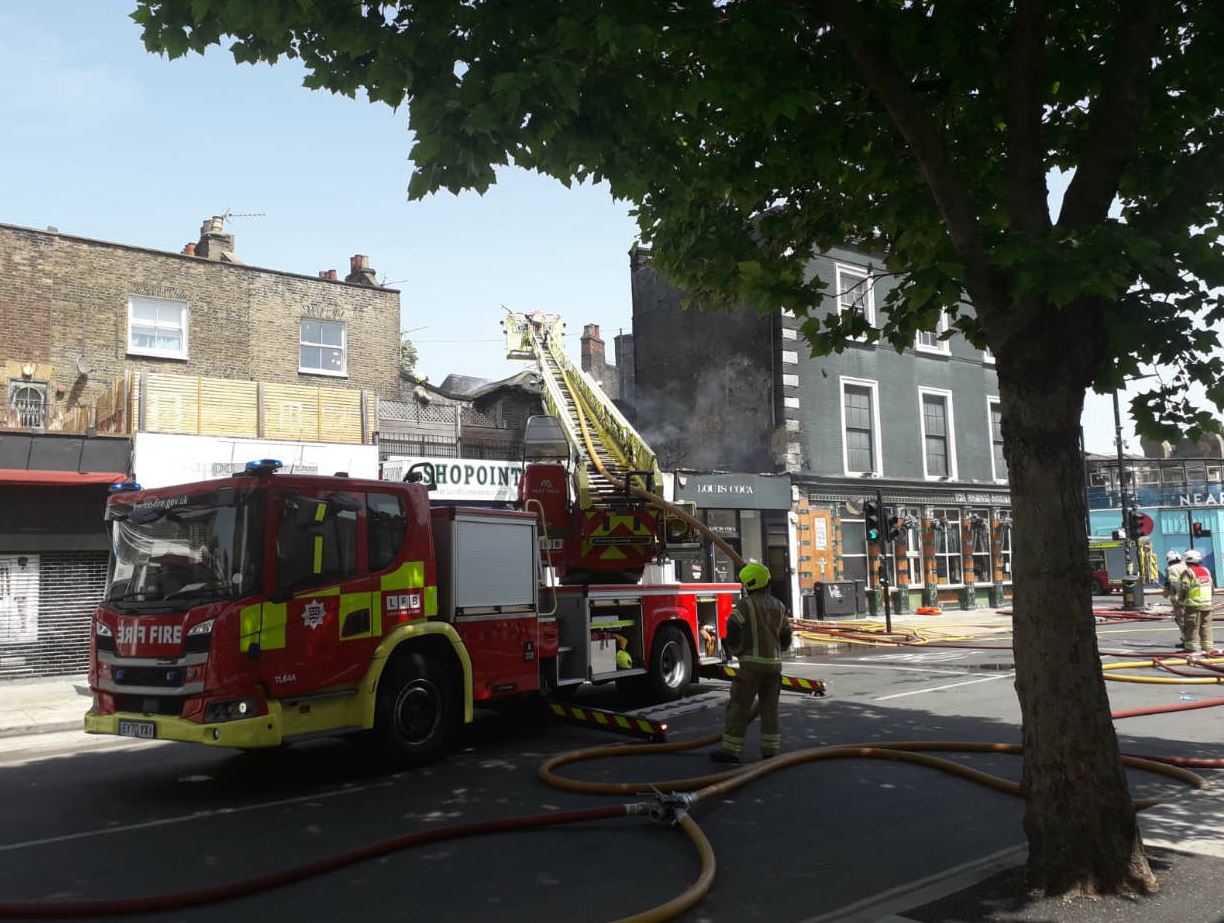 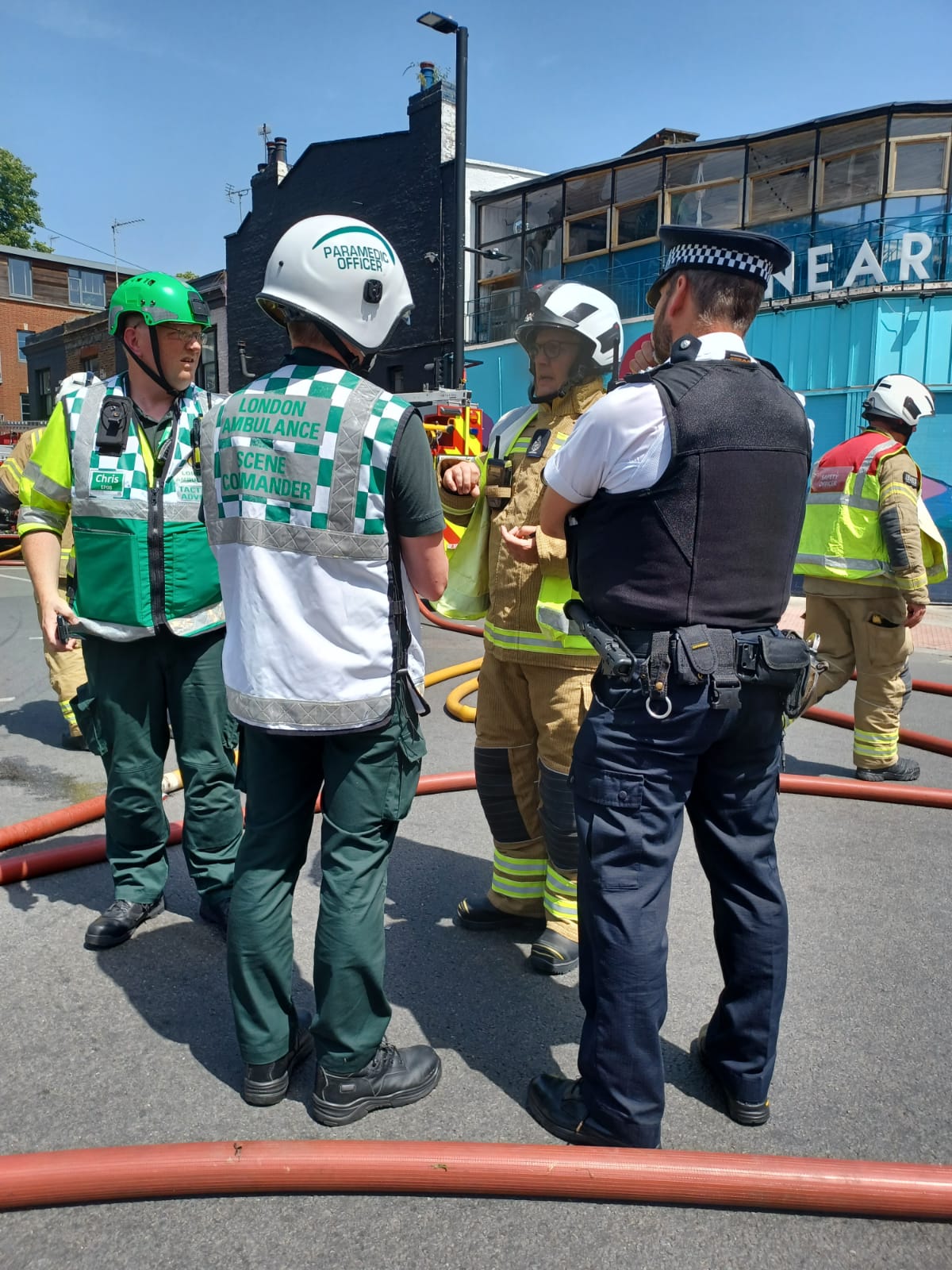