Fire at office with flats above – Finchley 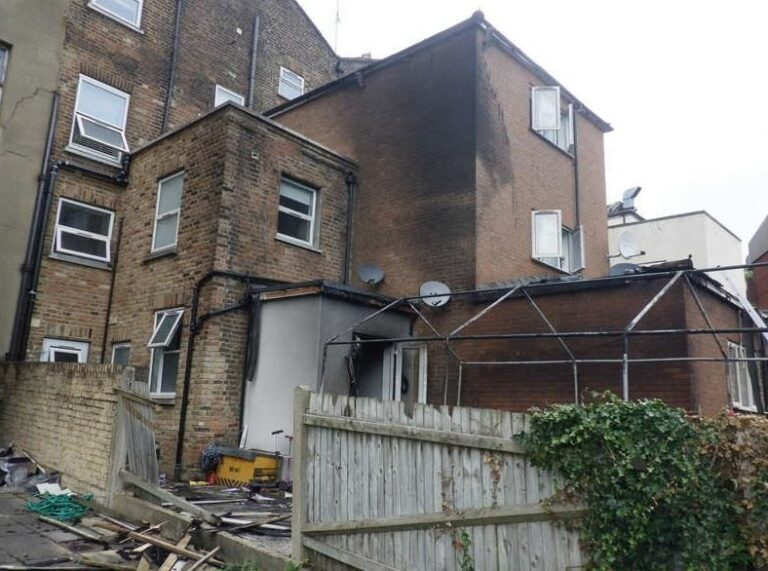 Firefighters have issued another e-scooter safety warning following a fire on Regents Park Road in Finchley.

A marquee and an extension at the rear of a mid-terraced office with flats above were destroyed by fire. Most of a neighbouring single-storey extension was also damaged by the blaze, along with part of the roof guttering and the fascia. There were no reports of any injuries.

The fire is believed to have been accidental and involved an e-scooter.

A London Fire Brigade spokesperson said: “It’s incredibly concerning that we are continuing to see a rise in incidents involving e-bikes and e-scooters.

“Lithium-ion batteries are susceptible to failure if incorrect chargers are used.

“Make sure they are charged in a room where there is smoke detection and on a hard, flat surface.

The Brigade was called at 1638 and the fire was under control by 1813. Four fire engines and around 25 firefighters from Hendon, Southgate, Mill Hill and Willesden fire stations attended the scene.

Always use the correct charger for the product and buy an official one from a reputable seller.
Batteries can get warm during their use and it is advisable to allow them to cool down before attempting to re-charge as they could be more susceptible to failure.
Batteries can also pose a risk if they have been damaged, so try to ensure they are not getting knocked around while in use or while being carried as spares as this can increase the chance of damage to cells.