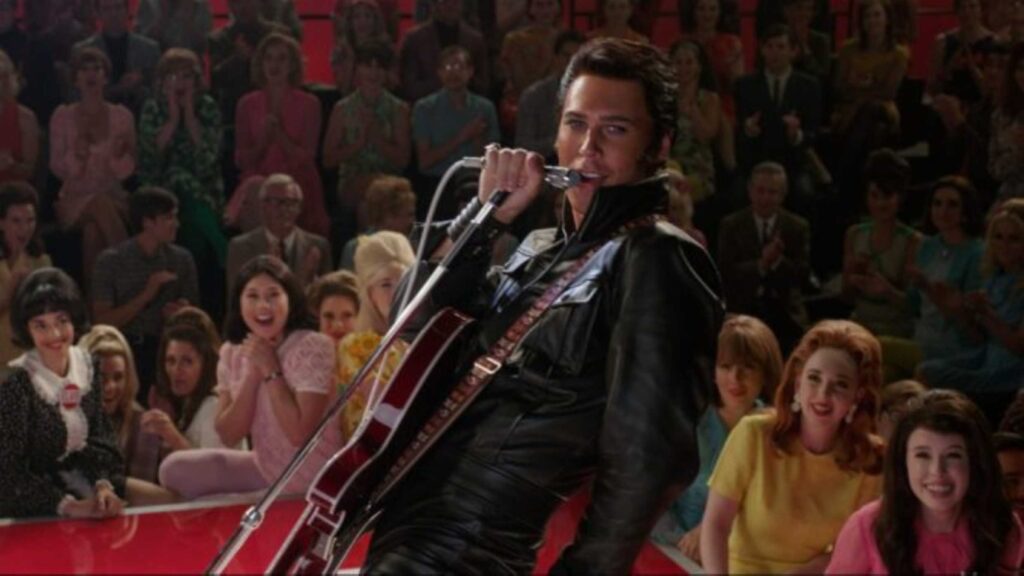 The King is No.1 at the box office! Warner Bros’ Elvis topped the UK-Ireland box office chart on its opening weekend, with a three-day weekend of just over the £4m mark.
The musical biopic starring Austin Butler and directed by Oscar-nominated visionary filmmaker Baz Luhrmann, chronicles the legendary performer’s meteoric rise to fame through the eyes of his enigmatic manager, Colonel Tom Parker (Tom Hanks).
Spanning over 20 years, from his modest Mississippi upbringing to the start of his music career in Memphis in the 1950s, through to his tragic and premature death in 1977, Luhrmann brings the life of the King of Rock and Roll to the screen in kaleidoscopic, opulent, and dizzyingly intense fashion.
The story delves into Elvis’ early days of hardship, the profound influence of black music, the blues and gospel, his rise to unprecedented stardom, his military service in Germany, his marriage to Priscilla (Olivia DeJonge) – one of the most significant and influential people in Elvis’ life, the movie years, the televised 1968 Comeback Special and the Vegas goodbye.
The soundtrack includes favourites such as Suspicious Minds, Can’t Help Falling in Love, Hound Dog, Tutti Frutti, Burning Love, In the Ghetto and many more.
It’s guaranteed to be one of the cinematic events of the year! Go see it!