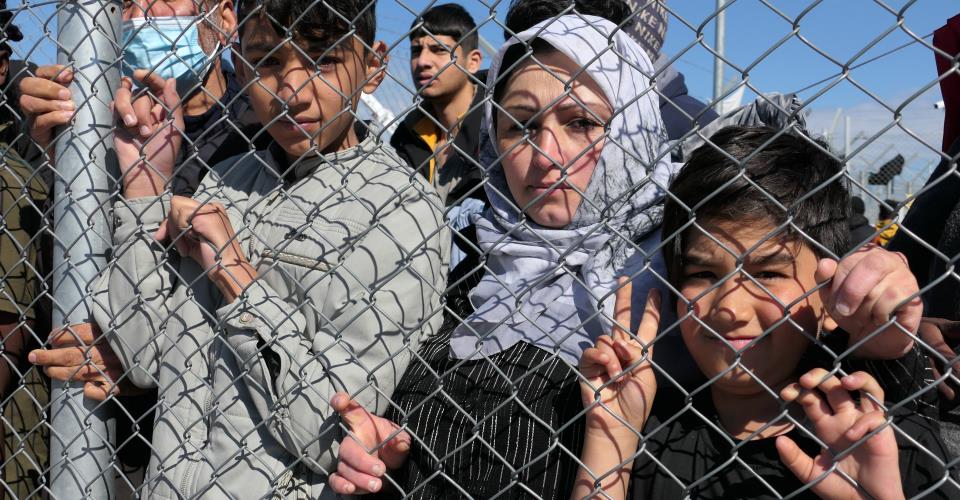 EC Vice President says Turkish Cypriots must assume responsibility for migration flows in Cyprus
Vice-President of the European Commission Margaritis Schinas has said that the EU will find a way to make the Turkish Cypriot leadership assume its responsibility towards limiting the migration flows in Cyprus which is faced with “an unbearably big burden”.

Schinas, who visited Saturday the Pournara Reception Center accompanied by Minister of the Interior Nicos Nouris, referred to the green line (buffer zone), noting that there is a particular situation there which directly concerns the management of immigration in the EU.

“We have to deal with the phenomenon, first by making the Turkish Cypriot leadership responsible for limiting these flows,” he said.

Schinas told reporters after the visit at Pournara that “we will not let the Turkish Cypriot community consider itself uninvolved in all that is happening,” adding that “they must also bear the burden of their responsibilities and we will find a way to remind them of that.”

The European Commission’s Vice President also said that the EU must help the Republic of Cyprus organise its presence on the green line in a way that is compatible with its special status and said that Cyprus “endures an unbearably big burden for the management of immigration in relation to the country’s size and strength.”

Asked if there was any response from Turkey for reducing migrant flows, Schinas said the issue had been raised with Turkish interlocutors at the highest levels. He also said that he has spoken repeatedly to both Turkish Airlines and the private company Pegasus stressing that there is evidence, “that many of these moves are made from there.”

He expressed the position that there is a positive response to help with the better management of the problem, but underlined once again that “there is an issue with the Turkish Cypriot leadership which must assume its responsibilities.”

He also said that the Limnes refugee camp will be financed with 72 million euro.

The Interior Minister said that with the EU assistance we are on the right track to manage this very difficult problem.

He noted that the goal of the Ministry is to reduce the flow and intensify returns. There should be a restriction on the illegal entries into the Republic, Nouris said, stressing that today the number of asylum seekers is 5% of the population of Cyprus, a percentage that is not recorded in any other front-line EU state.

He also referred to the green line, saying that the government will take into account the peculiarities of the area and respect its special regime.

Replying to questions, Nouris said that there are currently 1,800 immigrants in the Pournara camp, while in March their number reached 3,330, which was the highest recorded.  But he pointed out that in the first five months of 2022 the number of asylum seekers exceeds 10,000 which is by 100% increased compared to last year. It seems that this year we will reach numbers that will cause additional problems, he added.

Concluding, Nouris said that they have intensified the efforts of returns, saying that for the first time in the last five months there have been almost 3,000 returns in an effort to control the numbers.
8