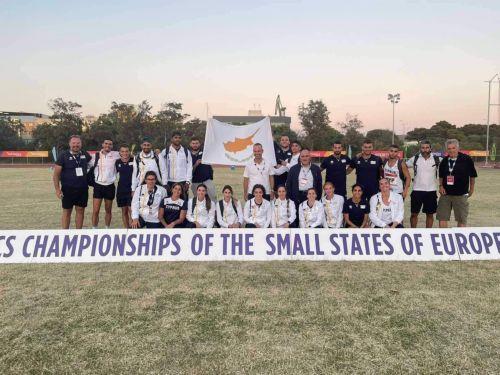 According to a press relese issued by Cyprus Amateur Athletics Federation (KOEAS), participating in 20 from the total 22 disciplines, Cyprus clinched top honours finishing with 118 points, 8 more than the host country.

Cyprus won 5 first positions spots, 5 second, 4 third, 1 fourth, 1 fifth place 3 sixth and 1 eighth. The winner country is the one which puts more athletes in the top eight spots and not the top three positions. All Cypriot athletes placed in the top eight positions which garner points for the overall score.

Cyprus Sport Organisation (CSO) President Andreas Michaelides thanked the athletes who secured Cyprus’ top spot in the Championships, noting that 15 of the total 17 Cypriot athletes won a medal in the event.

“Well done to the athletes, their coaches and to the Cyprus Amateur Athletics Federation. CSO will stand by your side,” Michaelides said.