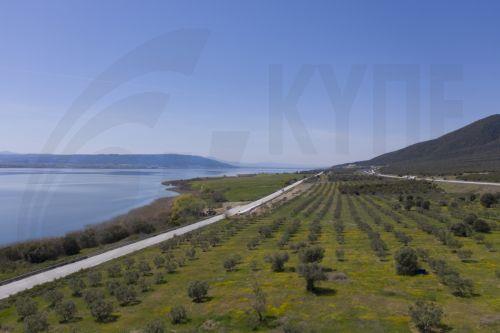 Cyprus is susceptible to desertification, drought, water shortage as well as the repercussions from climate change, a press release from the Department of Environment of the Ministry of Agriculture said on Friday, on the occasion of today’s World Day to Combat Desertification and Drought.

In Cyprus, an action plan has been prepared which includes mapping of vulnerable areas and actions as well as measures to handle the phenomenon.

The action plan provides for projects and measures taken in all fields at all levels (citizens, businesses, government) to handle desertification and drought.

Observed annually on 17 June, the United Nations initiative aims to increase awareness on the consequences of desertification and drought and highlight the methods for prevention and recovery. The 2022 theme is “Rising up from drought together”.

Droughts are increasing in frequency and severity up 29 percent since 2000 and affecting an estimated 55 million people every year, according to the latest Drought in Numbers report from UNCCD. By 2050, drylands may cover between 50 to 60 percent of all land, with an estimated three-quarters of the world’s population living in these areas under conditions of severe water scarcity.

The Horn of Africa, said the UN Convention to Combat Desertification for example, is in its fourth year of drought. A similar drought in Southern Africa five years ago put 20 million people on the verge of starvation. This year Chile marked a record-breaking 13th year of drought. A prolonged drought in the United States that started in 2000 is the country’s driest period in over 1200 years.

In the lead up to the 2022 Desertification and Drought Day, UNCCD launched Droughtland, a public awareness campaign featuring a fictional drought-stricken nation, to showcase solutions and rally global action to boost drought resilience.