Cyprus can be a bridge for the UAE into the European technology market, Deputy Minister of Research says 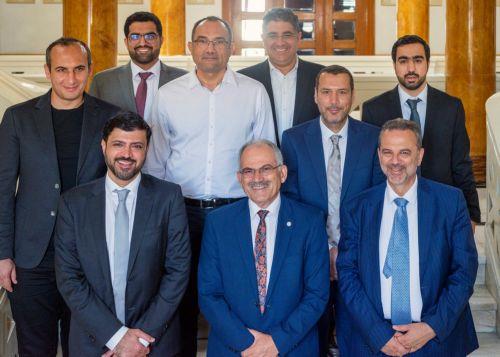 Our country can be a bridge for the United Arab Emirates to enter in the European technology market, the Deputy Minister of Research, Innovation and Digital Policy, Kyriakos Kokkinos, said on Friday after meeting with the Chief of Government Services of the UAE government, Mohamed Bin Taliah, at the Limassol Municipality. Kokkinos and the Emirati official met with Limassol Mayor, Nicos Nicolaides, and later on with the Cyprus University of Technology rector authorities to discuss subjects of common interest.

As Kokkinos said, “the aim of this visit was for the UAE to get to know Cyprus better and examine the prospects of collaboration in digital transformation and innovation, through a specific action plan, especially in regard with smart cities and green growth.” He also mentioned that a three-month timeline was set, towards a memorandum of understanding between the two parties.

Additionally, he said that there is a specific action plan “which will be followed by certain agreements between the two countries and it is within the general efforts of the Republic of Cyprus, to build bridges of collaboration with mutual practical benefit.” Kokkinos also said that the UAE delegation “has seen things that they believe could be adopted by their country, so working groups will be responsible to examine the way for certain things that we do in Cyprus, to be implemented in the UAE, too.”

The Chief of Government Services of the UAE said that the visit aims to investigate opportunities for the exchange of knowledge in aspects of government efficiency. He expressed his satisfaction for the progressive infrastructure that is under construction in Limassol, especially the digital services and the IT companies and stated that he is looking forward to the future collaboration between Cyprus and the UAE.

The Mayor of Limassol, Nicos Nicolaides, said that the discussion during the meeting mainly revolved around technology and issues related to the new age towards which our cities and countries are headed.