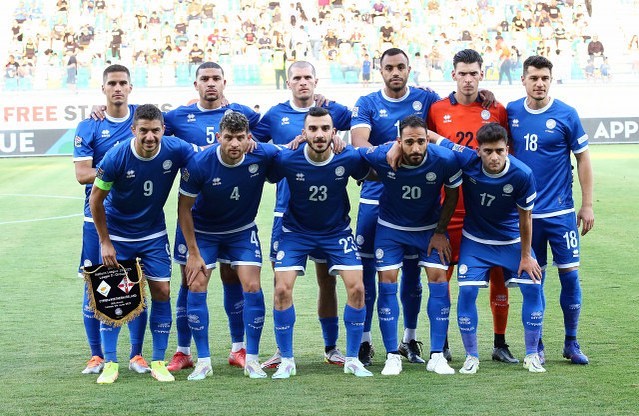 Ian Baraclough insisted he could handle the criticism which will come his way after Northern Ireland’s latest Nations League setback; Draw with Cyprus extends winless run in this competition to 12 matches, and this was only their third-ever point

Northern Ireland must hope it is 13th time lucky in the Nations League as their latest outing ended in a drab goalless draw against Cyprus.
Ian Baraclough’s side took only their third-ever point in the competition but the performance and the result was a long way from what they – and the 600 travelling fans – had expected against a side ranked 105th in the world after the setback of Thursday’s 1-0 home defeat to Greece.

Ali McCann missed a sitter in the final moments but, given how many chances Cyprus had squandered, Northern Ireland had to be grateful not to have been playing better opposition.

Significant improvement will be required against Kosovo – 2-0 winners here three days ago – in Pristina on Thursday whilst Cyprus are away to Greece.

Baraclough handed Kyle Lafferty his first competitive start since October 2020 and gave a full debut to Shea Charles as he made four changes, but despite the fresh faces, Thursday’s problems of misplaced passes and disjointed play were apparent from the start.

Charles had said he was surprised to make his debut as a 79th-minute substitute against Greece, but if he was shocked about moving straight into the starting line-up it did not show as he comfortably stroked the ball around in front of a back four.
Lafferty, who was a target of the home fans all night after a brief spell in Cyprus with Anorthosis Famagusta last year before his return to Kilmarnock, played with intent but was well marshalled by Cyprus’ back three as Northern Ireland struggled to give him any service.

When they did create a chance in the 12th minute it fell to George Saville, yet to score an international goal after 39 caps, and he scooped Paddy McNair’s cross high and wide.

Cyprus were looking more dangerous on the break, with the 18-year-old Loizos Loizou – who plays for Neil Lennon at Omonia Nicosia – their brightest spark as he gave Paddy Lane and Ciaron Brown a thorough examination on the left of Northern Ireland’s defence.

Loizou tested Bailey Peacock-Farrell in the 17th minute, then skipped away from Jonny Evans only to lose his balance as he prepared to shoot.

Northern Ireland’s best move saw Lane and Niall McGinn work space for a Saville cross on the left, but Gavin Whyte could only get the faintest touch on the ball before it was worked back for a Charles effort that was deflected wide for a corner.

And Northern Ireland were grateful not to be trailing at the break as Cyprus defender Fanos Katelaris rattled the crossbar with a shot from distance.

Image:Cyprus’ Pieros Sotiriou, right, and Northern Ireland’s Ciaron Brown
There was a bright start to the second half as Northern Ireland pushed forward with some slicker play.

But after Whyte’s shot was held by Neofytos Michael, they were lucky not to be caught on the break as Ioannis Pittas raced clear, only to stumble and be robbed of the ball by the tireless Steven Davis.

Grigoris Kastanos then flashed a shot over before Peacock-Farrell was required to deny Marinos Tzionis with a smart save at his near post.

Baraclough handed out two more debuts as Brodie Spencer and Conor McMenamin came on just after the hour, then turned to Shayne Lavery inside the final 15 minutes.

Chances came at both ends in a frantic finale. Pavlos Korrea somehow dragged a shot wide from eight yards out before McCann, running on to McMenamin’s cross, side-footed the wrong side of the post from point-blank range.

The final whistle was greeted by some jeers from the away end before applause broke out on another hugely-frustrating night for the Green and White Army.

Ian Baraclough insisted he could handle the criticism which will come his way after Northern Ireland’s latest Nations League setback as he called for patience with a young squad finding its way.

“There are always people questioning your position,” he said. “People aren’t happen when you win games because you’re not winning them by big enough margins.

“The bigger picture is having a squad that’s good enough and big enough to go and compete in the Euros. With this group we’re not quite there.

“We’re talking about players that haven’t even played under-21s football, never mind this.

“We made errors, some of them are basic errors. But you look and see where we’ve come from and where we are. From the season’s end we’ve come together, bringing in new players who haven’t even met each other let alone played with each other.

“We’re asking them, some of them kids, to go and do a man’s job. They’re stepping up but they’re not going to be at the top level and it does make it look disjointed. We have to show patience with them.

“They can’t get down about it and beat themselves up or we’ll get nowhere.”

It is now 12 Nations League games without a win for Northern Ireland, while Baraclough’s competitive record stands at just three victories from 18 games. 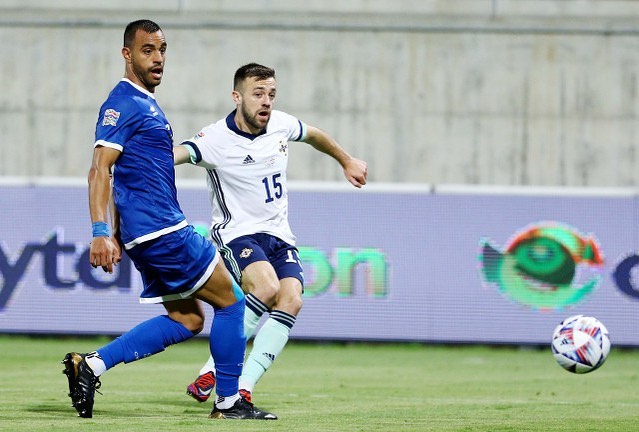