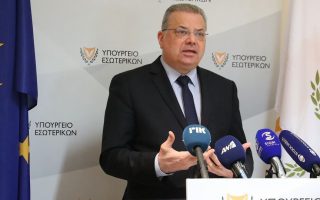 This year the frontline member states are expected, as we have discussed between us, to receive more than 150,000 migrants,” Cyprus Interior Minister Nicos Nouris said on Saturday after a meeting with fellow ministers of the so-called MED5 group in Venice.

Some 36,400 asylum seekers and migrants have already landed in Italy, Spain, Greece, Cyprus and Malta this year, after 123,318 arrivals in 2021, according to the United Nations refugee agency.

Overall numbers, however, remain significantly below those of 2015, when over 1 million migrants reached the five countries to flee poverty and conflict across Africa and the Middle East.

Mediterranean countries on major migrant routes into Europe expect over 150,000 arrivals this year as food shortages caused by the Ukraine conflict threaten a new migration wave from Africa and the Middle East.

Russia and Ukraine account for nearly a third of global wheat supplies, while Russia is also a key fertilizer exporter and Ukraine a major supplier of corn and sunflower oil.

“If wheat remains blocked in the Black Sea ports, we must expect a greater (migrant) flow,” Italian Interior Minister Luciana Lamorgese told SkyTG24 on Friday. “We are concerned, as are all frontline countries.”