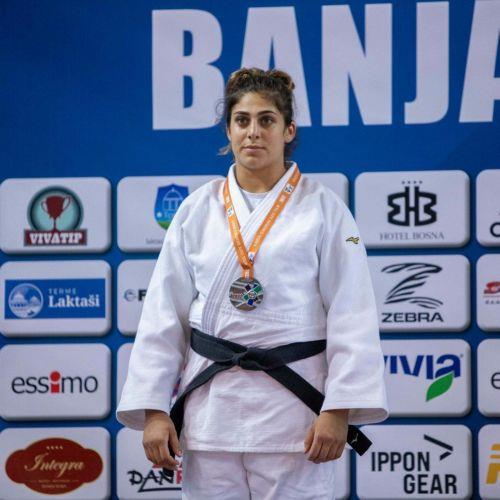 Cyprus Judoka, Janet Michaelidou, won the silver medal in the European Judo Cup U21 which took place during the weekend in Bosnia-Herzegovina.

Following her victories in European Cups in Greece and Italy last March and April, Michaelidou secured the silver medal in the Cup in the city of Banja Luca.

A total of 226 athletes from 24 countries participated in the games and young Cypriot athlete competed in the -78 kg category.

In the European Cup U18 which took part in Croatia Yiannis Antoniou came fifth. Theodoros Karatsaousides competed in -90 kg category and secured one victory.