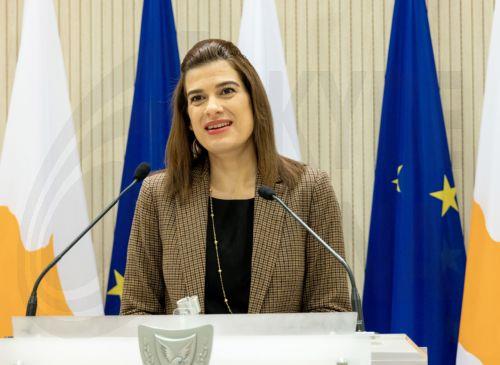 The countries of the Eastern Mediterranean can help Europe reduce its dependence on Russian gas but also achieve its goals under the European Green Agreement, , Minister of Energy, Trade and Industry of Cyprus and President of the East Med Gas Forum Natasa Pilides said Tuesday, during her speech at the Economist Conference in New York.

She referred in detail to the energy cooperation between Cyprus, Greece, Israel and Egypt, in the context of the East Med Gas Forum.

In addition, she spoke about the possibility of developing a common infrastructure between these countries, as well as a sustainable regional gas market.

The Minister also referred to the joint “green” projects of Cyprus with Greece, Israel and Egypt, such as EuroAsia and the EuroAfrica Interconnector.