Can you help the police arrest these wanted robbery offenders in London? 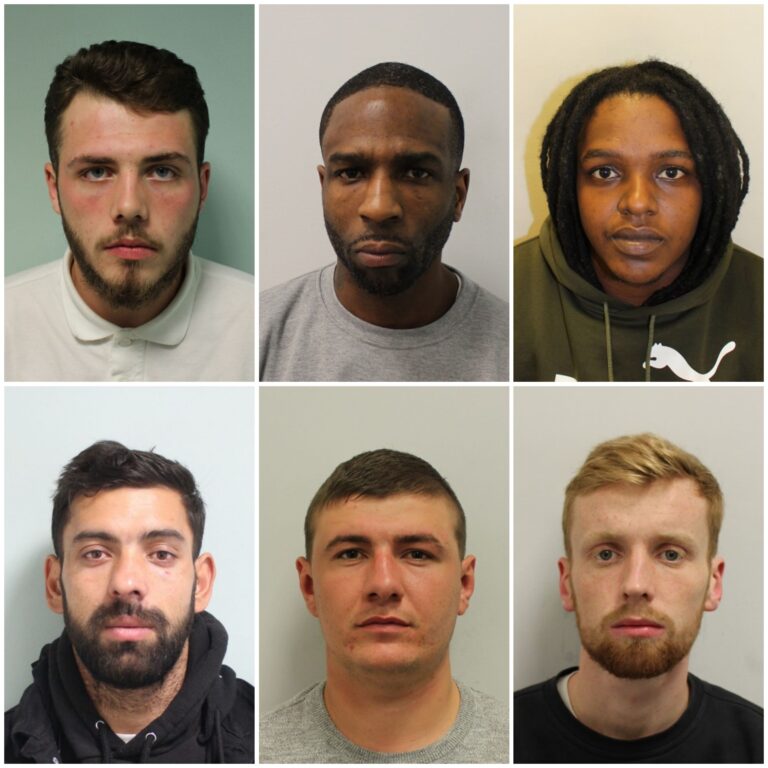 The Met is appealing for the public’s help in locating the most wanted robbery offenders in the capital.

Meanwhile officers are stepping up efforts to stop criminals in their tracks and keep the public safe.

Images of the eight outstanding offenders, who are all wanted for robbery, have been released in the hope the public can help and report what they know.

The drive to arrest outstanding offenders is part of ongoing activity to drive down robbery offences as we enter into the summer period. Robbery is the biggest contributor to youth violence in London with 24 per cent of robberies being knife enabled (FYTD 2022/23, as of 31 May).

Tackling violent crime is our top priority and our efforts are having an impact. In the FY 2021/22 robbery offences reduced by 39 per cent with 16,440 fewer victims. The Met is ensuring a strong presence in robbery hotspots, deterring offenders and reassuring the public.

Detective Chief Superintendent Lee Hill, of the Violent Crime Taskforce, said: “With summer around the corner, we are increasing our efforts to bear down on robbery and arrest these individuals to bring them to justice.

“These offenders have caused fear and think it is ok to steal from our communities. It is our priority to arrest them to prevent them from causing further harm. The impact of robbery can be long-lasting and have a devastating effect on the victim, who often feel a total loss of control.

“These eight individuals have been involved in some violent and frightening attacks. My message is clear – we will not stop looking for you until you are arrested. Do the right thing and hand yourself in at your nearest police station and you can begin to turn your life around. You will not be able to evade justice forever.

“In the Met we are working hard to tackle robbery. There are dedicated, proactive units working to locate offenders across London. We are focusing our resources in hotspot areas and putting our officers where they are most needed.

“We routinely carry out arrest enquiries to locate outstanding offenders, but we also need the help of the public. If you know where any of these offenders are, or happen to see them while you are out and about then I urge you to pass on information to us as soon as possible.

If you see any of the wanted offenders call us right away on 101 or dial 999 if it’s an emergency. If you don’t want to speak to police, you can call the independent charity Crimestoppers 100% anonymously on 0800 555 111.

Details of the individuals: