Board of British Cypriots meet with Sir Roger Gale MP 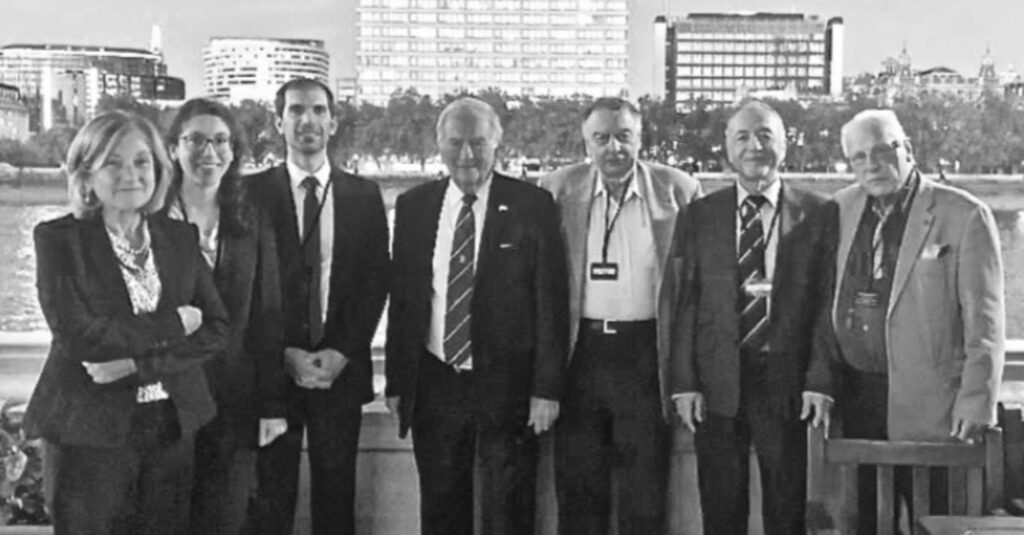 Representatives of the Board of British Cypriots enjoyed a dinner with Sir Roger Gale MP in the House of Commons last week, where they exchanged views on how to go forward after 48 years of Turkish occupation of the northern part of Cyprus.
In the opening remarks, photographer Doros Partasides described the anger and sadness when he twice visited the fenced area of Famagusta earlier this month. He said now is the time for action, to support the return of the occupied town of Famagusta to its lawful inhabitants, on the basis of UN Security Council resolutions.
Spyros Papacharalambous spoke about security and safety from terrorists, mentioning the killing of Sir David Amess; Dr Savvas Hadjiphilippou enlightened Sir Roger on the continued suffering of the relatives of the missing people; Barrister Eleni Dinenis spoke about legal matters, constitution and human rights; Yiannis Stergides expressed his love for his town Famagusta, where he was born and grew up; Stella Dinenis spoke about the culture and the need to involve the young generation.
Sir Roger Gale advised the Board to involve more MPs with the Cyprus issue.
Later, at a debate at Westminster Hall, he said: “We talk quite a lot about Crimea, but we have forgotten Cyprus. There is a member state of the Council of Europe – Turkey – that, in 1974, invaded and occupied part of the territory of Cyprus, another member state. It is nearly 50 years since that happened and the matter remains unresolved. There are still Turkish troops occupying soil of another sovereign state of the Council of Europe. That, in its own way, is just as wrong as what is happening in Ukraine.”