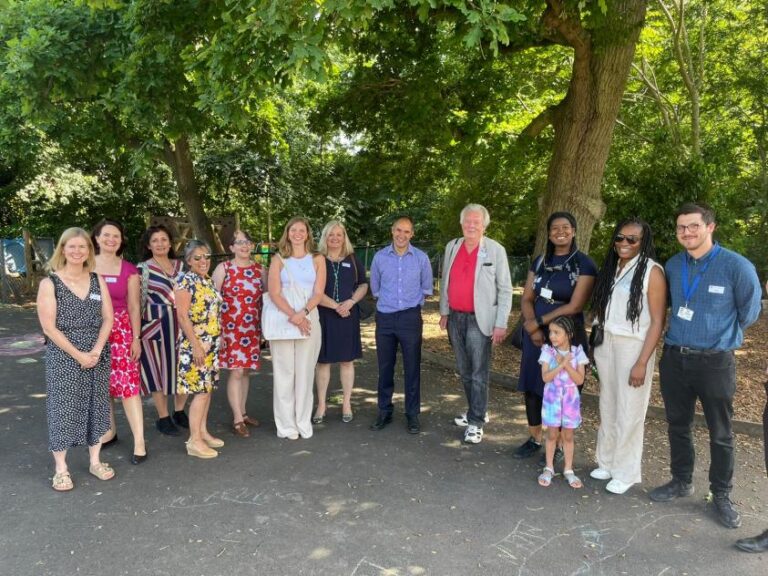 Councillors attended a special assembly to promote the London-wide anti-idling campaign and raise awareness among pupils and parents of the impact it can have on the air we breathe.

It is estimated that every year, air pollution causes up to 36,000 deaths in the UK. Poor air quality causes heart and lung diseases, is linked to low birth weight and children’s lung development.

Cllr Barry Rawlings, Barnet Council Leader, said: “We all know how important clean air is for our health, that of our children, local environment, and the communities we live in. We have declared a climate emergency in Barnet and are committed to establishing a Citizens Assembly on Climate Change to tackle poor air quality and put sustainability at the forefront of what we do.

“We will be working towards what will be a huge change but, there are already small changes people can make to reduce air pollution, and though it may seem small, making sure your car doesn’t idle can make a big difference.”

The Mayor of London, Sadiq Khan, said: “Engine idling is completely unnecessary and threatens the health of anyone close by. Air pollution is not just a central London problem, which is why I’m glad Barnet Council has joined the anti-idling campaign.

“This is just one of the ways I’m working to improve London’s air and build a greener London for everyone, including cleaning up London’s buses, tackling air pollution around schools, expanding the Ultra-Low Emission Zone up to the North and South Circular roads and proposing to expand the zone to cover nearly all of London to cut pollution for millions more Londoners.”

Clean Air Day is a day of practical action and awareness-raising, coordinated by environmental change charity Global Action Plan. It is supported by more than 200 councils, health institutions and universities, including the Royal College of Physicians, the British Lung Foundation and numerous NHS trusts.

Some simple actions that people can take to reduce air pollution include:

Give your car a day off – Walk, cycle or take public transport to work or school, or work from home if you can;
Don’t idle – If you drive, turn off your engine when your vehicle is stationary and it is safe to do so;
Discover the side streets – Use quieter streets when you’re on a bike or on foot to avoid polluted main roads;
Go electric – There are lots of ways you can travel electric. Hire an electric car, taxi or test drive an electric vehicle today;
Only burn dry, well-seasoned wood or smokeless fuel on your stove, open fire or barbecue; and
Create awareness by speaking to someone about air pollution and its impact on health.
The event at All Saints School in Whetstone included a song about anti-idling and clean air written and performed by Year Five. It was attended by Year Five parents who stayed to discuss clean air and the anti-idling campaign with Councillors and Barnet Council Officers.