Around 100,000 visitors are expected for the Kataklysmos festivities, Larnaca mayor says 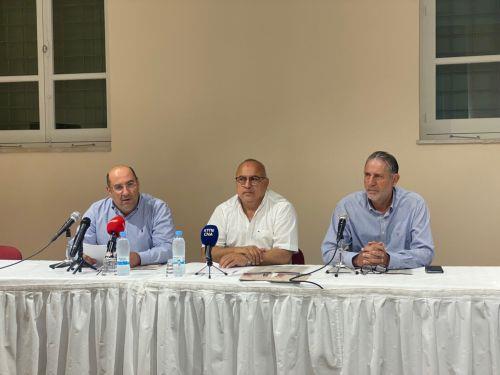 Larnaca authorities expect around 100,000 people to visit the city this year for the Kataklysmos festivities that will take place between Friday and Wednesday at the Finikoudes coastal area of the town.

Larnaca Mayor, Andreas Vyras said during a press conference, on Tuesday, to announce the event that, after two years of absence, due to the pandemic, this important traditional event, that has been taking place for more than 100 years, is back. Larnaca, he said, is ready to welcome back the thousands of visitors, locals and tourists, who will honour the town with their presence for the Kataklysmos (flood) festivities. The Larnaca Kataklysmos Fair, celebrating Pentecost, is documented since the 19th century and is on the UNESCO national list of intangible cultural heritage of humanity.

The mayor said that this year, they have planned a six-day long programme between June 10 and 15, with music concerts, folk dancing, traditional tsiattista competitions, poetry, short plays, sports events and activities for children.

The festivities will kick start on Friday, at 8pm, with a parade. House President Annita Demetriou, who will be the guest of honour, will deliver a speech at the festival’s opening event.

Among the performers are popular singers Paola, Ilias Vrettos, Stavros Constantinou, Josephine, and Panos Mouzourakis. The garden theatre of the Medieval Castle of Larnaca will host the Karagiozis Shadow Theater Festival.

As every year, kiosks on Europe Square, will offer the opportunity to visitors to learn more about 13 traditional professions such as chair making and basket weaving. Craftsmen will be there to explain the process of creating these items.

Responding to a question, Vyras said that it is estimated that around 100,000 people will visit Larnaca during these six days, while there is great demand for hotel accommodation mainly for the coming long weekend of Pentecost Monday.