A Cyprus settlement will have beneficial results for the broader region 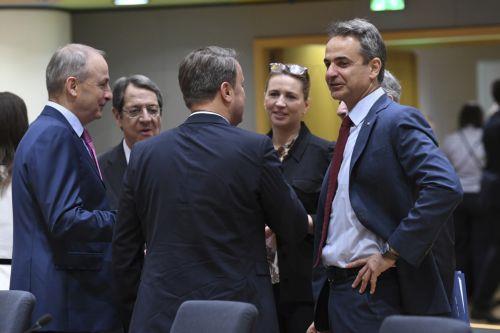 Cyprus President, Nicos Anastasiades, will give the message before the EU and NATO leaders, on Wednesday, evening, in Madrid, that a Cyprus settlement will have beneficial results as regards stability and security in the broader region, Government Spokesman, Marios Pelekanos, has said.

According to a Presidency press release, in statements to the media, in the Spanish capital, where he is accompanying President Anastasiades, Pelekanos noted that the President will underline during the EU-NATO leaders dinner the need for respect of the international law and for a peaceful resolution of conflicts worldwide. He will also reiterate that the Cyprus problem continues to be an open wound in Europe and that its viable and functional settlement, on the basis of the international and the European law, will have beneficial results not only for Cyprus and the Cypriots, but also for the stability and the security of the broader region.

Pelekanos said that President Anastasiades has accepted an invitation by the Spanish Prime Minister, Pedro Sánchez, to attend the Euro-atlantic working dinner hosted for the EU and NATO leaders, in the framework of the NATO Summit taking place in Madrid.

He added that during the dinner, Anastasiades will have the opportunity, as the rest participating leaders, to express the positions of the Republic of Cyprus regarding the need for cooperation between the EU and NATO, on the basis, among others, of the respect of their decision-making autonomy and the two organizations procedures, in light of the tectonic changes and the new challenges due to the Russian invasion of Ukraine.

These new challenges do not only concern aspects of traditional security, but also extend into the fields of hybrid threats and cyber attacks, energy security, the world food crisis and the migration issue, Pelekanos added.

He said that in this framework the President will reiterate Cyprus’ position that, given its increasing geopolitical value, the EU can play an active role in efforts to combat threats in the security area and to look for solutions to address crises, focusing on diplomacy and the UN Charter.

The increase of the EU strategic autonomy, which does not hinder the Union to cooperation in a consistent manner with NATO and other partners, can make the EU an effective security provider in the European continent and beyond it, the Spokesman noted.