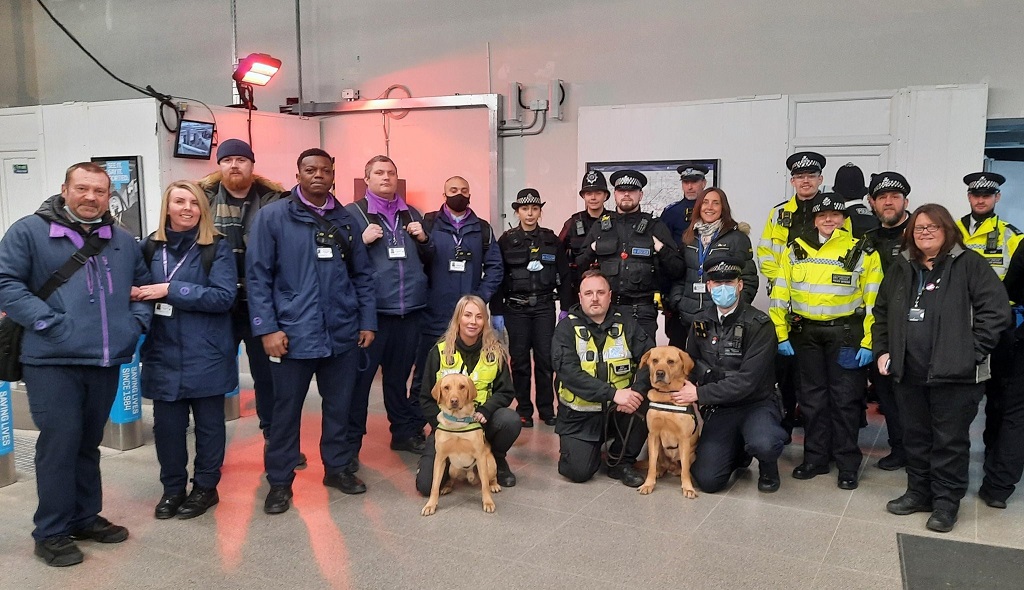 Picture: BTP regulary carries out operations with the support of other police forces and the frontline staff of train operators.
Officers seized a knife and an imitation firearm at Kings Cross station in an operation designed to tackle anti-social behaviour and fare dodging.It was the latest operation ran by the North Tasking Unit, a team of British Transport Police officers dedicated to stations and railway lines in North London.The team, which began operations this year, carries out patrols throughout the week, using the latest intelligence to target rises in crime.To date, officers have made more than 45 arrests and carried out dozens of operations across their patch.The team will also be carrying out operations on the new Elizabeth Line in London when it opens later this year.Recent activity has led to two arrested for proceeds of crime totalling to £11,000, and multiple arrests for robbery, offensive weapons and sexual offences.

The operation at Kings Cross took place on Friday 29 April.Malachi Hutchinson, 20, of Linstead Way in Wandsworth, was charged in connection with the imitation firearm, the knife, and for possessing a class B drug.He appeared at Westminster Magistrates Court on Monday 2 May, has been remanded in custody and is due to appear at Kingston-upon-Thames Crown Court.Inspector Sarah Tucker, of the North Tasking Unit, said: “These operations are dedicated to ensuring that crime remains low on the railway, and to ensuring passengers and frontline rail staff can go about their business in safety.“This team is highly proactive, acting on the latest intelligence garnered from crime reports, railway colleagues and our own patrols, to guarantee we’re targeting the right locations and combating any rise in crime.”