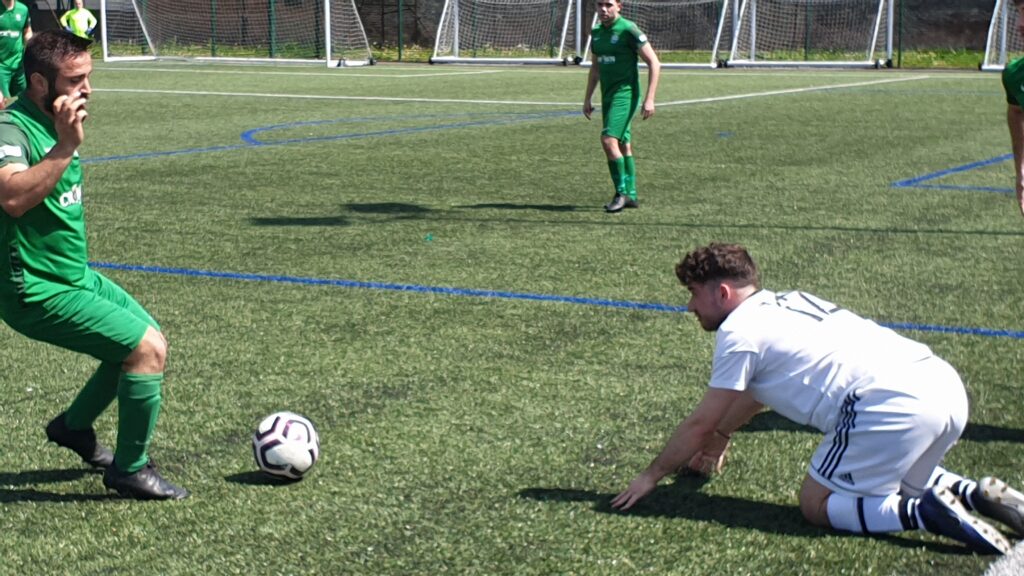 KOPA League
Challenge Cup
Semi finals
Omonia 6 Apoel 1
Omonia Youth 1 Panathinaikos 4
Last Sunday was a KOPA League Challenge Cup semi Final day with Omonia Youth entertaining Panathinaikos and what an exciting game it was beginning with an off the line incident from a Panathinaikos attack then Omonia took the lead when a long shot from a corner which was saved by the Panathinaikos goal keeper Anthony but only to clear it straight to Tony Ponnou who stroked it back into the back of the net from just outside the box.It wasn’t long before Anthony Constantinou scored after a goal mouth scramble for Panathiakos to equalise.
Then Panathinaikos scored when one to one with the keeper striker Andrew Yiasoumi poked the ball home.And just before the half time break they scored with a header just past the goal line from Tommy Walford for Panathinaikos to go into the half time break 3-1 up.
Panathinaikos added a fourth from Christian Magri to set up a second cup final for them after winning the KOPA League Group Two Cup two weeks ago.
Omonia came out 6-1 victors against Apoel who already were KOPA League Group One cup victors and LFA Trophy winners.It started being a tight game and Omonia took the lead and Apoel equalised 1-1 to go into the break 1-1. Apoel went down to ten men when one of their players was sent off. and then Omonia just went crazy to win 6-1 wither goals coming from Antonio Michael a hat trick , Harry Philippou, Charles Nelson and Eleftherios Metso.
The KOPA League Challenge Cup Final between Omonia and Panathinaikos will be taking place on Tuesday May the 17th 2022 at 19.45pm at Haringey Borough Stadium.