Fire at shop with flats above – Tottenham 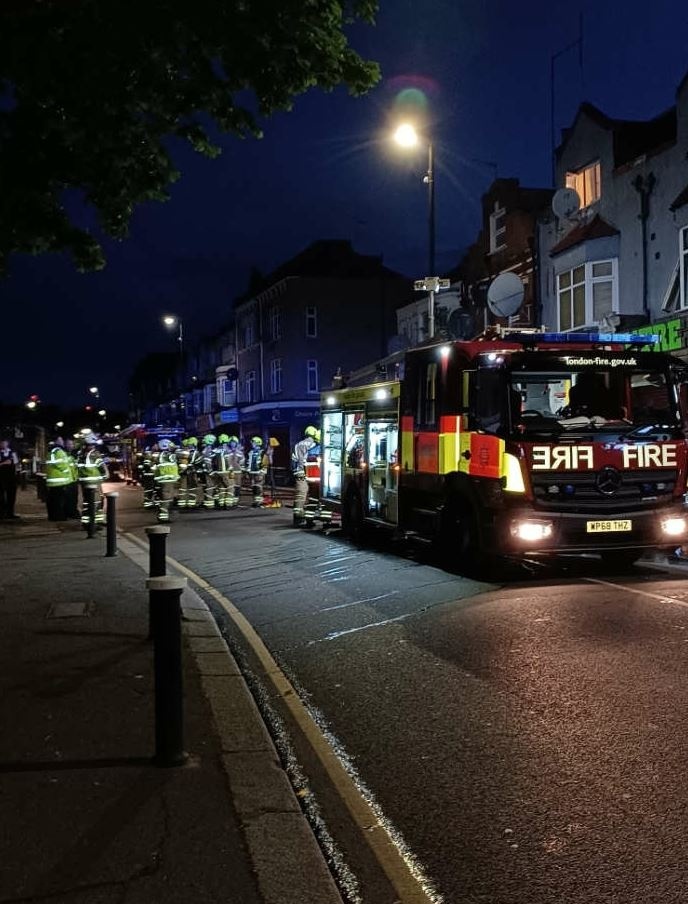 Firefighters rescued four people from a fire at a shop with flats above on West Green Road in Tottenham.

Part of the ground floor shop was damaged by fire. Four people were treated on scene by London Ambulance Service crews.

The Brigade’s 999 Control Officers gave vital fire survival guidance to those inside the property on how to stay safe before firefighters arrived.

Station Commander Tom Conlon, who was at the scene, said: “Three people were rescued from a flat roof on the first floor of the building via a short extension ladder. Six further people left the building before the Brigade arrived.

“Another man was also rescued from a neighbouring flat by firefighters wearing breathing apparatus. They used a fire escape hood and led the man to safety via an internal staircase.”

Fire escape hoods provide members of the public with up to 15 minutes protection from four of the main fire gases (carbon monoxide, hydrogen cyanide, hydrogen chloride and acrolein) and can be worn by conscious or unconscious people. If more than 15 minutes protection is required then another hood can be given to each wearer. They do not provide oxygen but temporarily filter toxic smoke to make breathing easier.

The Brigade was called at 0246 and the fire was under control by 0411. Six fire engines and around 40 firefighters from Hornsey, Tottenham, Holloway and Stoke Newington fire stations attended the scene.

The fire is believed to have been accidental and caused by an electrical fault.