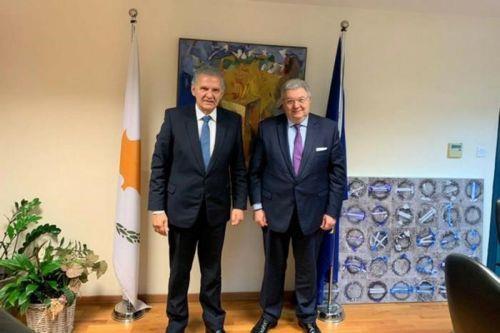 A press release says that during the meeting, they discussed about the contribution of Education and the Church in maintaining the ties of the new generation with their roots, language, history and culture.

Photiou pointed out that the Cyprus-Greece bilateral cooperation is one of the most important pillars of the National Strategy for the Diaspora.