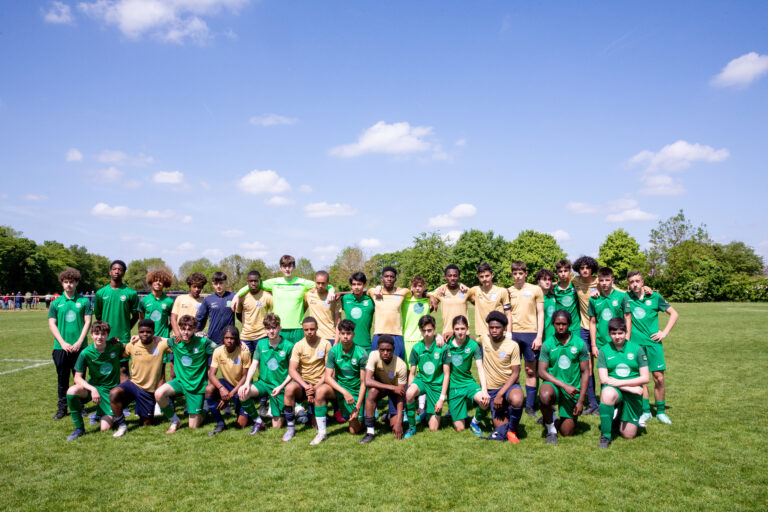 Under 16 Final: Omonia Youth Under 16 Silver team line up with their opponents after their final

On a sunny Sunday morning at Harvesters FC, finals day is always a special occasion. Clubs and individual teams go through many rounds in order to take their place in cup finals. Last Sunday, the first three of seven cup finals for Omonia Youth FC teams were played, but all ended in defeat.

Frist up was Chris and Jimmy Mousicos’ Under 18 Gold who narrowly lost 2-1 in their Spring Cup Final. Playing at the same time was Michael Pieri and Jason Plysi’s Under 18 White. The boys took command of the game in the first half going into the break deservedly 2-0 up. Any thoughts that this would be enough to hold on for the win were soon dispelled as the ridiculously sloping pitch that they themselves benefited from in the first half, gave their opponents the advantage in the second half. The Under 18 White found it difficult to play their flowing football in the second period against a strong opposition that were also a year older.  A series of free-kicks and corners against them resulted in the opposition equalising within 20 minutes of the restart and from then on it was a metaphorical and literal uphill task for the Under 18 White. In the end they lost 4-2 against a team that completed a league a cup treble and who scored close to 100 goals in an incredibly successful season. The match was played in great spirit with both sets of players and coaches applauding the good football they witnessed.

After the match, manager Michael Pieri said: “It is a real shame the boys could not capitalise on their dominant first half. We came up against a good opponent and we congratulate Norsemen on their achievements. I’m gutted for the boys but I am also immensely proud of their efforts not only today but also in getting to the cup final. I have told them that the semi-final win will live long in the memory as one of my favourite grassroots youth football moments. I want to thank Jason for his support as well all the supporters who came to watch, which included managers, coaches and players from other Omonia Youth FC teams.” The Under 18 White goals were scored by Noel Allen, a brilliant free-kick and Andreas Stavrinou. Man of the Match was awarded to captain Sami Hristov. 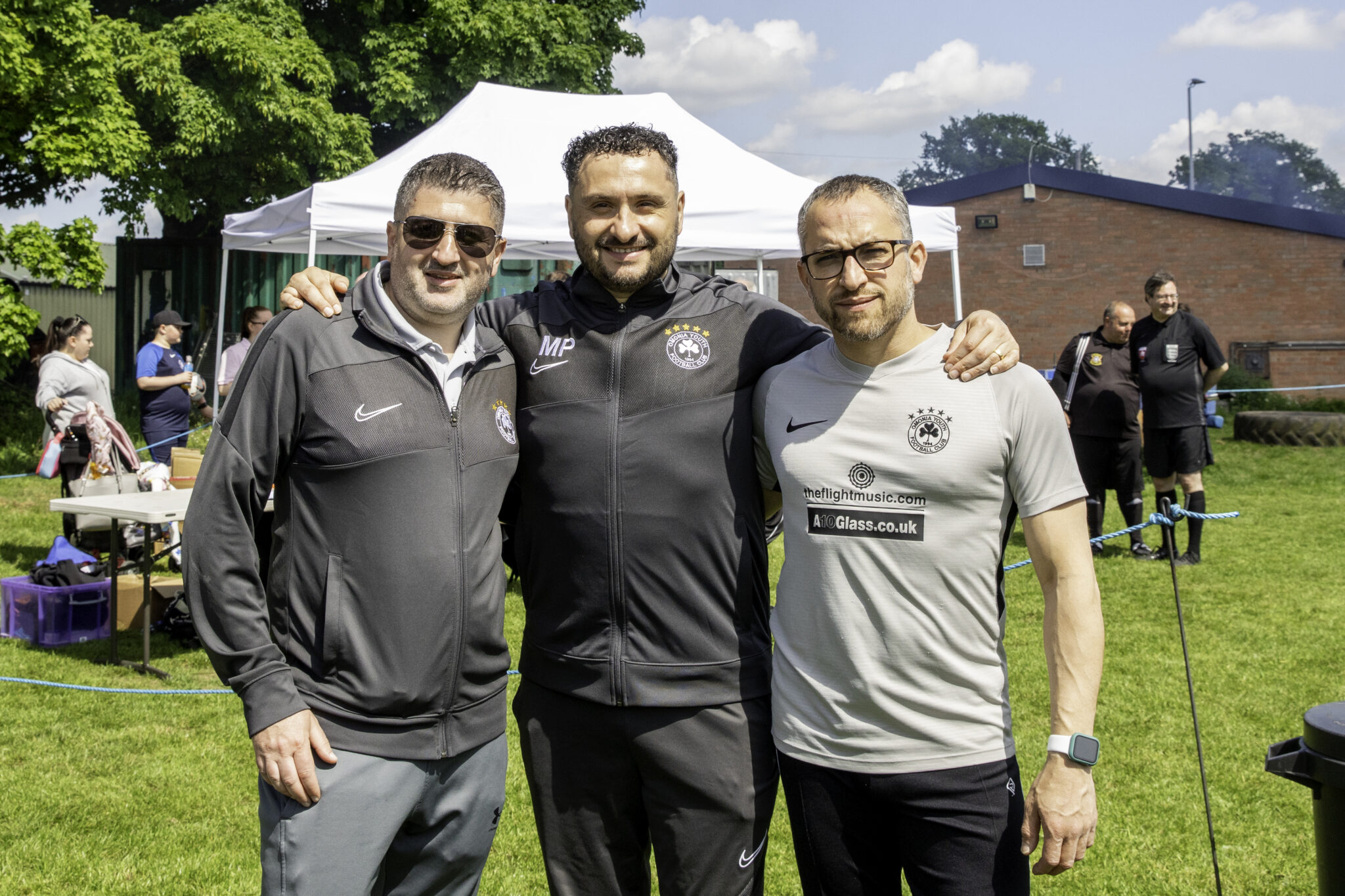 Adam Demetri and Evagoras Mandrides’ Under 16 Silver also lost their cup final to an opponent that completed a treble and who are going for their fourth trophies next week. It was a tough game played in bright conditions. The coaching team were rightly proud of their team for the efforts with manager Adam saying: “I am so proud of all the boys for getting into the final of the League Cup. We knew it was always going to be a difficult game playing against an outstanding team who were runaway winners of the Red division. I just want to give a big thank you to all the support from Mike P, George S and Harry. Was so nice to see so much green on the day and it was a shame we couldn’t bring it home. The boys enjoyed the experience and they should be proud of how well they have done. We go again next week to try and prevent GFA from winning the quadruple!”

The Under 14 Girls are champions! 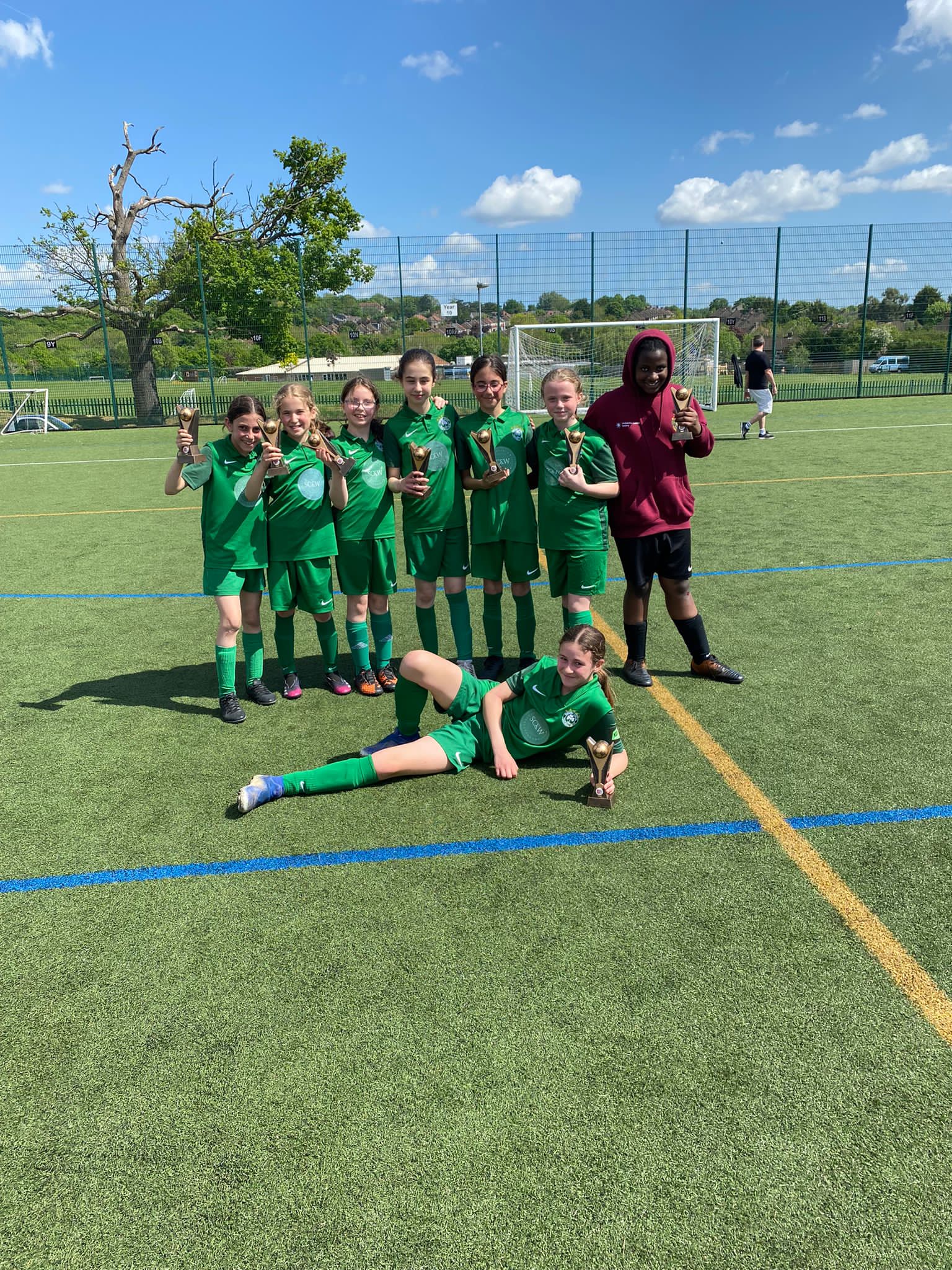 The delighted Under 11 Girls who won their summer league tournament