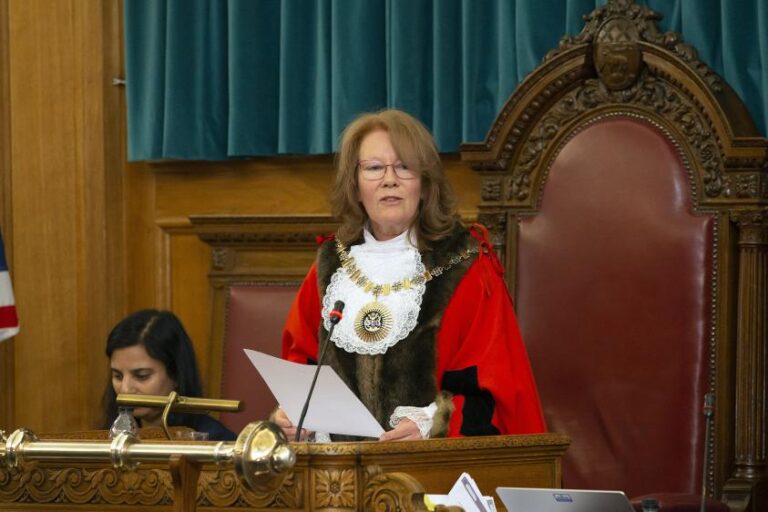 Councillor Alison Moore has become the 57th Mayor of Barnet after being officially sworn in during the Annual Council Meeting held on Tuesday 24 May at Hendon town Hall.

The Worshipful the Mayor of Barnet, Councillor Alison Moore, said:

“I am immensely proud and deeply honoured to be elected as Mayor of Barnet. It is a great place to live, work and visit and I am very much looking forward to being able to visit and meet the many people and organisations right across our community that make it such a special place.

“I would also like to extend my thanks to Councillor Cornelius for all of her hard work as Mayor over the last year.”

Councillor Moore was born in Cheshire and grew up in Birmingham and near Southampton. After attending University in Leeds, she gained a PhD and worked as a research scientist in the USA and in London.

She has been on Barnet Council since 1998 for the East Finchley ward and was a Cabinet member in the Labour-led Administration from 1998 to 2002 and Leader of the Opposition from 2005 to 2015. Cllr Moore will also be Chair of the Health and Wellbeing Board and has interests in public health, social and environmental sustainability, and young people’s wellbeing. In her spare time, Cllr Moore enjoys walking, concerts, and cooking for friends.