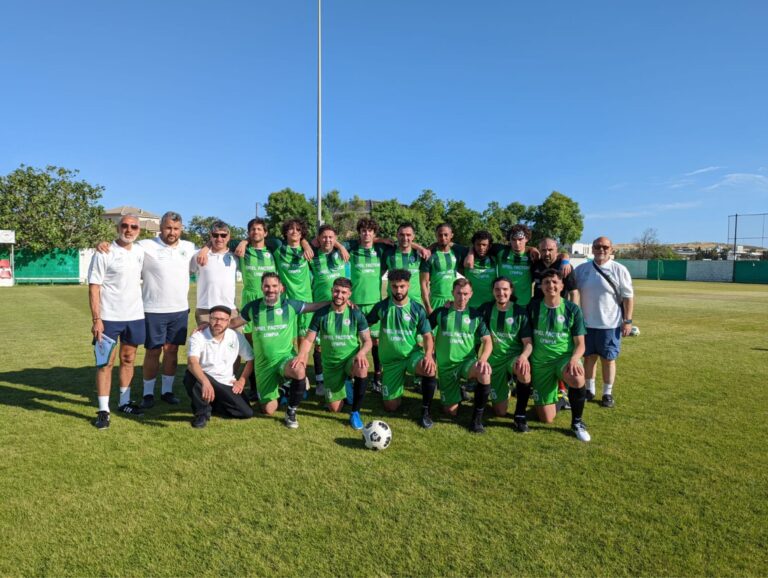 The KOPA League Champions Olympia are on tour and are doing the UK Cypriot community proud by putting up a grand performance in their first match versus Olympias Lympion.
Olympias Lympion 3 – 4 Olympia FC (Sunday 8th May 2022)
A very bright and competitive start from both clubs with both sets of players exchanging passes in the Cyprus heat in the early stages of the match. A short spell of Olympias Lympion dominance turned the match on its head with Olympias scoring 3 goals within 5 minutes to go into the break with a healthy lead.With Olympia being 3 nil down at half time, emotions were understandably high. It was important Olympia started the second half better, and we did exactly that with George Yianni and Sam Baders both placing the ball into the corner of the goal to pull the score back to 3-2 to Olympias Lympion by the 60th minute.
Rico Cinotti then equalised for Olympia with a fine strike from outside of the box to level the scoring in the 63rd minute. Olympia then completed the comeback by making it 4-3 in the 67th minute with a cool finish by Giuliano Cinotti.
A big thank you to Olympias Lympion friendly and for the hospitality!