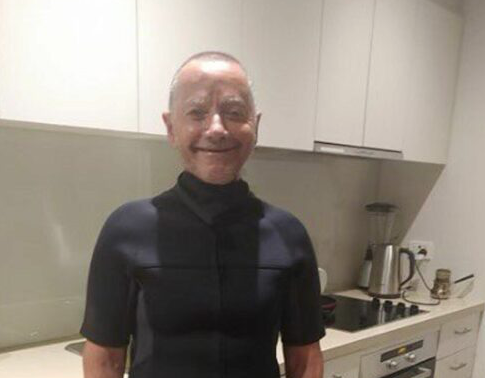 Victoria Police have announced that they will be scaling back search efforts for Christos Pittas, 70 and shifting the focus of the search for him in the Dinner Plain area of Mount Hotham where he was last seen on the afternoon of Friday, 13 May.

“Police coordinating the search have sought continual specialist advice in relation to the harsh alpine environment. The extreme conditions faced by someone lost in this harsh and unique alpine environment has shaped search efforts to date,” said Victoria police in a media statement

“Regardless of our continued and exhaustive search effort, Christos has not been located. We will continue to support and ensure ongoing welfare is provided to Christos’ family during this difficult time.

“Police will continue to assess all possibilities whilst maintaining smaller-scale searches in the coming days and should new information come to light the search will escalate accordingly. Officers will be maintaining a visible presence in the Dinner Plain area over the weekend, seeking information from the public about Christos and where he was last seen.

“Police acknowledge there will be a significant increase in tourism over the weekend in both Dinner Plain and Mt Hotham with many of these people walking, hiking, riding and sightseeing through searched areas,” Victoria Police said.

Towards the end of last week the search had to be scaled back for fear that the conditions would lead to injuries among the searchers.

“The bush in this area is very dense and rugged requiring searches with specific skills and equipment. As search numbers scale back, extra attention is being applied to the aerial search with the use of drones and the police helicopter. Solo units (off-road motorcycles) will join the search tomorrow (Friday) as focus on outlying more remote areas is searched,” Victoria Police said on Thursday

Last week, his daughter Elia Bird in a social media post expressed concern that time was running out for her father.

“We assume he got lost of one of the many hiking trails and perhaps injured himself. … (he is) poorly dressed in the wild terrain. … Time is against us with the snow coming on Monday,” wrote Ms Bird.

In a statement quoted by the ABC, the missing man’s family thanked the volunteers for their work and said they were praying for his safe return.

“We are devastated knowing that our dad, Christos, is still missing in Mount Hotham’s high country,” the family said. “He is a grandfather to four beautiful granddaughters and we know he would love to see them again,” the family said in the statement.