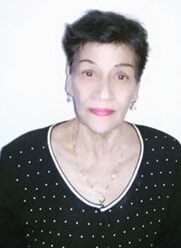 12 Jan 2022
The family of a lady who died following an assault in Welwyn Garden City have paid tribute to her.

She had been taken there on Monday 6 December after she was the victim of an assault in Lloyds Bank in Howardsgate.

A 24 year old woman has been arrested in connection.

The family of a lady who died following an assault in Welwyn Garden City have paid tribute to a ‘truly unique person’ who had a ‘strong commitment to supporting others whenever and wherever possible’.

Eighty-two year old Myra Coutinho-Lopez sadly died in hospital on Thursday 16 December. She had been taken there on Monday 6 December after she was the victim of an assault in Lloyds Bank in the Howardsgate.

In tribute to their loved one, Myra’s family have released the following statement:

“Myra Coutinho-Lopez, was the youngest of five sisters. Shortly after her marriage at the age of 21, Myra became mother to two sons and two daughters, who became her focus and priority in life, and she centred around providing for and rearing her children successfully, and continued to do so single-handedly when she sadly became a widow at the young age of 39. To that end, Myra cultivated an exceptional career holding several executive positions including at Parliament. Myra’s entrepreneurial talent soon shone through as she became extremely accomplished, running multiple businesses as well as real estate both nationally and internationally.

“As a Jehovah’s Witness, Myra dedicated much of her life to helping others realize the joy and peace that she had experienced from her faith. Her kindness, generosity and hospitality were abundant, Myra had a strong commitment to supporting others whenever and wherever possible, not only with her time and finances but also with her business acumen.

“An independent, vibrant and active lady, Myra loved to dance. She was a talented musician who could play any tune “by ear” and often entertained others with her keyboard skills and singing or playing the CDs that she had personally created and recorded later on in life and that she aptly named ‘Myra’s Sunset Wonder’. A truly unique person with a wonderful sense of humour, Myra exuded confidence, she was an attractive lady, who was always fashionably dressed, and well-presented and remained so throughout her years. Myra was never shy to share advice on how to maintain good looks and health and have a positive outlook for the future. She truly was an example of how to survive and thrive in life despite adversities and setbacks.

“Myra’s life was taken away from her on 16 December 2021 and has left behind a tremendous void to all who knew her including her beloved children, extended family and lifelong friends worldwide, who miss her deeply and will continue to cherish her memory and honour her legacy of kindness, fortitude and generosity.”

A 24 year old woman from Welwyn Garden City, who was arrested on suspicion of assault (GBH), remains bailed until Friday 4 February.

The incident, which happened at around 2.40pm on Monday 6 December, is being investigated by the Bedfordshire, Cambridgeshire and Hertfordshire (BCH) Major Crime Unit. Any witnesses or anyone with information can report it online, speak to an operator in our Force Communications Room via our online web chat or call the non-emergency number 101, quoting crime reference 41/95733/21.