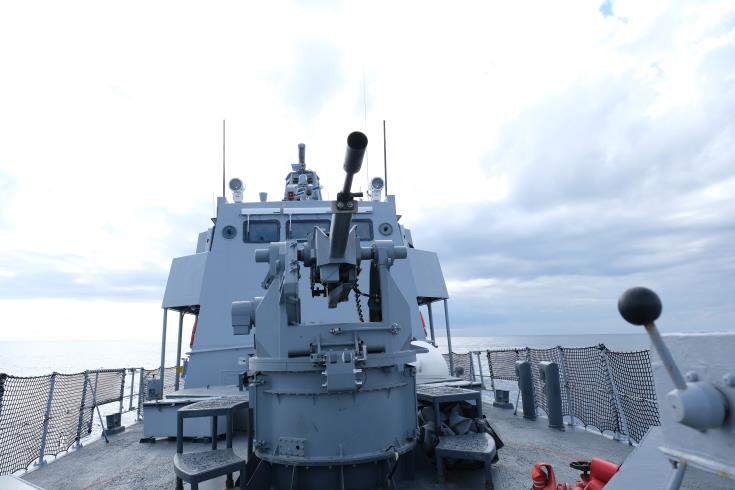 A military exercise of naval cooperation (PASSEX) took place on Friday, January 21, in the marine region south of Larnaca, with the participation of a frigate of the French Navy.

A press relese issued by the Defence Ministy said that the exercise, code-named “CYP/FRA-01/2022”, was foreseen in the Programme of Bilateral Defence Cooperation between Cyprus and France and was developed by the Cyprus National Guard General Staff Navy Force Command, in cooperation with the French Navy. Open sea vessel IOANNIDES and the French frigate FS PROVENCE participated in the exercise.

The press release noted that the exercise took place in the framework of the international cooperation which the National Guard has developed with the armed forces of friendly countries and allies, and is considered as particularly beneficial, as it provides the potential to the staff of the National Guard Navy Force to train together with Units of the French navy, promoting in this way interoperability and highlighting the excellent relations between the armed forces of Cyprus and France.