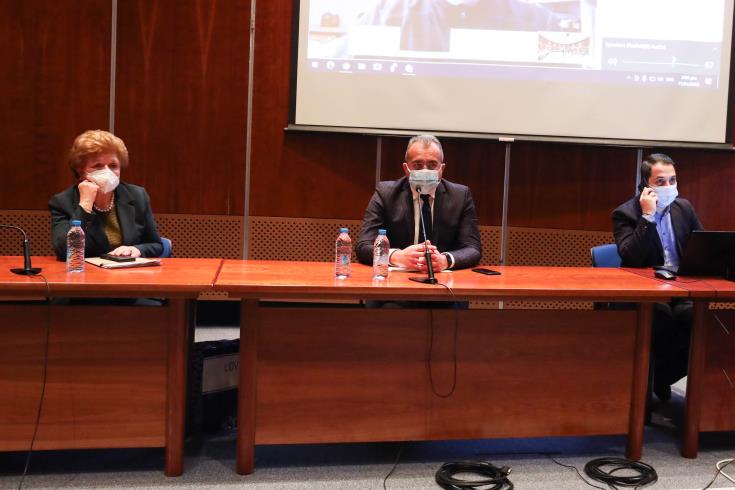 Cyprus Minister of Health, Michalis Hadjiantela, has said that he will table a proposal to the Cabinet on Wednesday for implementing Test-to-Stay at schools, incorporating continuous precautionary COVID testing by pupils with a view to contain the spread of COVID-19 infections in schools.

Hadjipantela discussed with the members of the Scientific Advisory Committee on COVID-19 about Cyprus’ epidemiological status and especially the situation in schools which reopened on Monday after a prolonged Christmas holidays.

The Minister also said that when it is not possible for all pupils to have rapid tests, self-tests will also be eligible.

Replying to a question on how Test-to-Stay works, Hadjipantela said the Ministry will release more details after the approval of ths proposal by the Cabinet.

He noted that Test-to-Stay provides for continuous testing in schools mainly to detect COVID infections there.

Recalling that mobile testing units visit schools twice a week, Hadjipantela said the Ministry is considering either more diverting mobile testing units for rapid tests, or providing the pupils with self-test kits or opening some rapid test points from 06:30 local time so that pupils who are considered contacts with detected COVID-19 patients can be tested before going to school.

The Minister said that none of the scientists proposed stricter measures to contain the spread of the pandemic or tabled any suggestions concerning unvaccinated persons.

Hadjipantela also noted that the suggestions to be submitted before the Council of Ministers also include visits to nursing homes only following negative rapid test 24 hours before.

Responding to a question whether they are considering to introduce a 4th vaccine shot which is already under discussion in Greece, Hadjipantela said one scientist made such a suggestion but only for the elderly, noting that he requested more details and that the matter will be discussed in the coming days.

Furthermore, in the wake of increased COVID-19 infections in football clubs, Hadjipantela said the authorities will give “one last chance” for the implementation of safety protocols.

“In case the experts’ directives are not followed by the fans we will not hesitate to suggest the closing of football stadiums to fans,” he said.

Moreover Hadjipantela said that the Ministry has supplied the pharmacies from Saturday with large quantities of self-test kits while the authorities will receive more quantities in the next weeks.