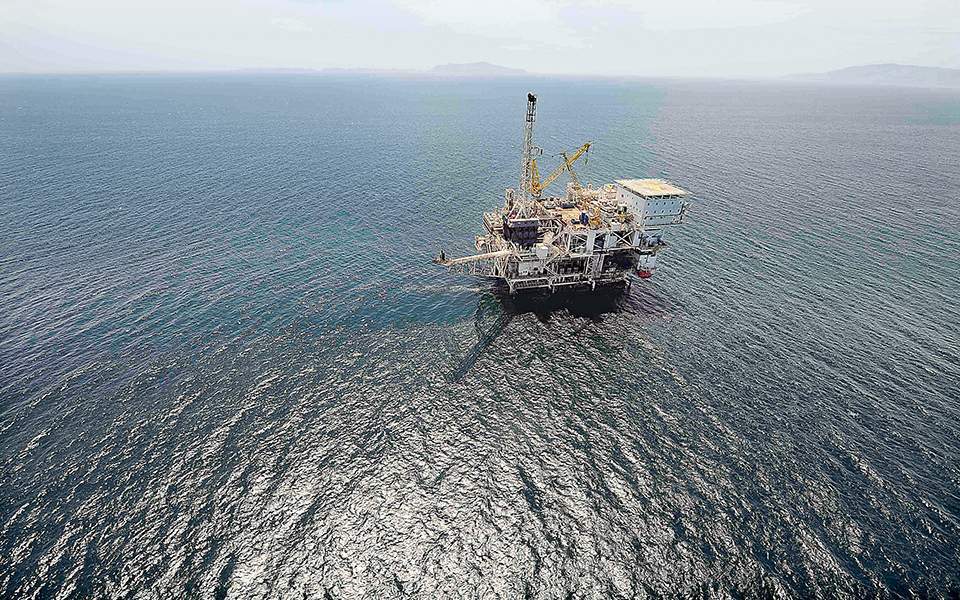 The appraisal drilling “Glaucus-2” in block 10 of the Exclusive Economic Zone (EEZ) of the Republic of Cyprus is proceeding smoothly, Energy Minister Natasa Pilides said on Friday, during a visit to the drilling – ship “Stena Forth”. The drilling is expected to be completed in March.

According to a press release from the Ministry of Energy, the Minister was briefed on the spot during a visit to the drilling rig together with the US Ambassador to Cyprus Judith Garber, the Deputy Government Spokeswoman Niovi Parisinou,  the Permanent Secretary of the Ministry of Energy Marios Panayides and the CEO of ExxonMobil Cyprus, Barnabas Theodosiou.

“As part of our excellent cooperation with the consortium of ExxonMobil and Qatar Energy, we now have the opportunity to visit the drilling rig that conducts the drilling `Glaucus-2`”, said Pilides, in a statement at the departure of the mission. She explained that the drilling is part of the assessment of the “Glaucus” deposit, which showed that it has hydrocarbons of excellent quality estimated at 5 to 8 trillion cubic feet after the initial drilling.

She added that more work was needed to verify the quantity and to extract more data, which is already in progress with the drilling that started on December 21 and is expected to be completed by March 2022.

The Minister noted with satisfaction that the work was progressing smoothly and praised the excellent cooperation between government agencies and the consortium, that resulted to overcoming any challenges arising without any problem.

On behalf of ExxonMobil, Theodosiou said that the works started shortly before Christmas and are expected to be completed in March.

“Once completed, we will evaluate the data we collected, something that will take us some months, so that we can draw safer conclusions about the quantity and quality of gas in the Glaucus field,” he said.

In her statements, the US Ambassador to Cyprus stressed that the US has always supported the development of deepwater hydrocarbon reserves discovered in the Eastern Mediterranean.

“We believe that they have the potential to bring enormous benefits to all Cypriots, but also to promote greater co-operation and prosperity in the wider Eastern Mediterranean region,” she said.

She added that they are working together with Cyprus and the EU for the transition to an energy future without fossil fuels and that the specific hydrocarbon discoveries will be very important for this transition to a greener and cleaner energy. Finally, she said that they were very proud that ExxonMobil is part of the consortium that is developing these extremely important resources.