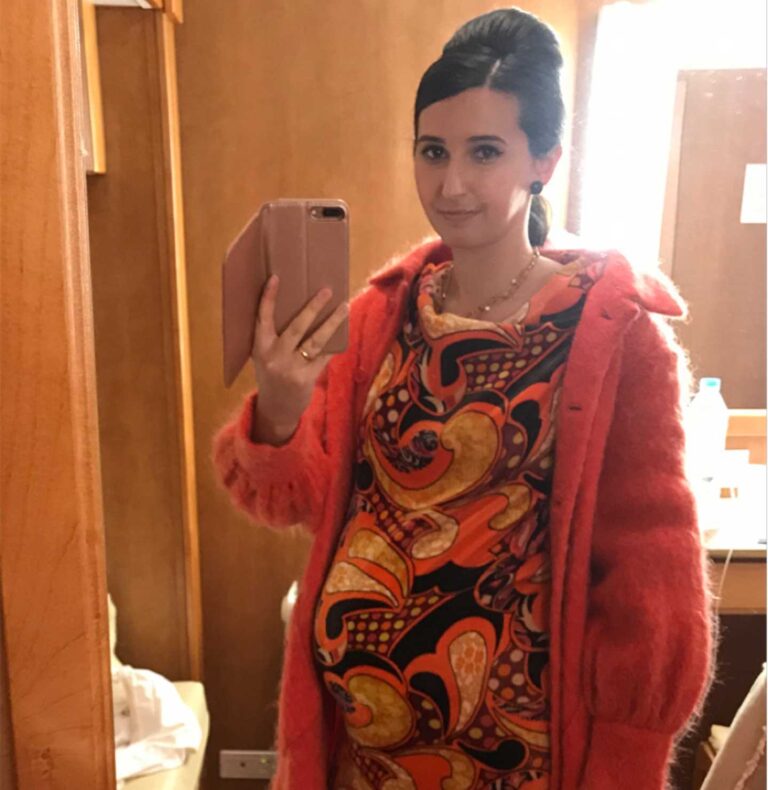 The Christmas special of popular TV series Call the Midwife will this year include the storyline of a migrant from Cyprus.
UK Cypriot Sophia Eleni will be playing the role of Maria Kaufopolous, a feisty, young Greek Cypriot woman, who is having her first child and is a feeling a bit anxious. The episode, which airs on Christmas Day on BBC One at 8pm, follows several mums-to-be as they go into labour over the festive season.
Call the Midwife is regularly watched by millions of viewers across hundreds of countries. Since its premiere in 2013, it’s become a perennial favourite, with audiences tuning in to follow the lives of a group of nurses in the East End of London in the late 1950s and 1960s.
Set in an era when midwives brought a sense of much-needed humanity to an otherwise formal medical profession, the multi-award winning series resonates with viewers young and old.
OFFIE award-winning actress Sophia was born in the UK; she is the daughter of Nick Kounoupias, a well-known lawyer within our community. Her grandmother was from Akanthou and her grandfather from Klirou.
This isn’t the first time Sophia has drawn on her family background for a role; in the award-winning, one-woman West End play On Arriving, she also plays a refugee: a nameless character who has been deeply scarred by being forced to leave her homeland.
Sophia’s first debut film appearance was in the Blaine Brothers’ The Death of the Revolution when she was just ten.
She later trained at Rose Bruford College of Theatre & Performance in South London, and The Estonian Academy of Music & Dramatic Arts and received training in screen acting, physical theatre and stunt work.
Sophia is currently working across British and American television drama as well as feature films, theatre, commercials and voice over and is developing her skill sets in creature performance, motion and performance capture. She trained in these mediums at The Imaginarium Studios with Performance Captured Academy.
Since her breakthrough TV role in the FOX series Tyrant, Sophia has developed a penchant for playing the ‘bad guy’, recently featuring as a series regular in British fantasy series Whatever After alongside Jessica Brown Findlay as the twisted seductress Kewpid.
Sophia is an emerging talent in gritty drama, often personifying the ‘wolf in sheep’s clothing’, across a spectrum of political, fantasy, thriller and horror genres; weaving in mysterious and edgy interpretations to a role.
Call the Midwife Christmas special airs on BBC1 on Christmas Day. For more information on Sophia Eleni, visit www.sophiaeleni.com