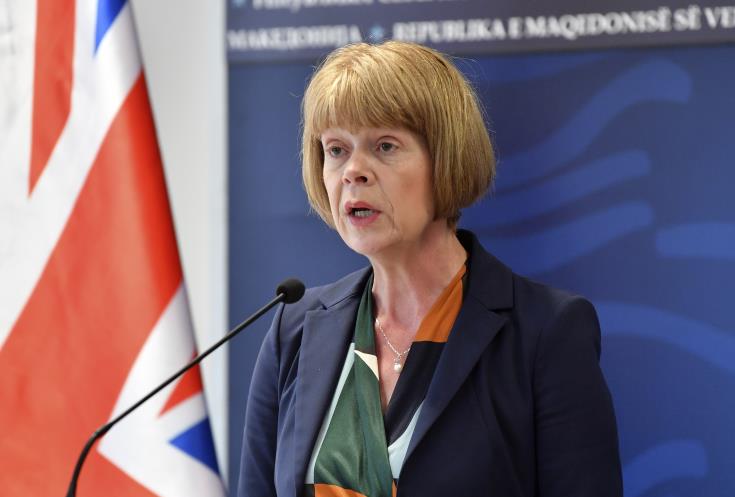 The UK Minister for Europe Wendy Morton has reiterated that the British government “remains committed to supporting the UN process to reach a Cyprus Settlement in line with UN parameters based on the model of a Bi-zonal, Bi-communal Federation (BBF) with political equality.”

She was responding to a parliamentary question by the pro-Cypriot north London Conservative MP Matthew Offord. He had asked the Foreign Secretary what steps she was taking with her international counterparts to help resume peace talks between over the reunification of Cyprus.

In her response on behalf of Foreign Secretary, Liz Truss, Morton added that the UK believes the BBF model to be “broad enough to address the concerns of both sides.”

She concluded by stating that UK Ministers and officials continue to engage all sides to urge flexibility and compromise to that end.