Turkey’s stance in 2017 did not allow negotiations to continue, Greek Cypriot negotiator says 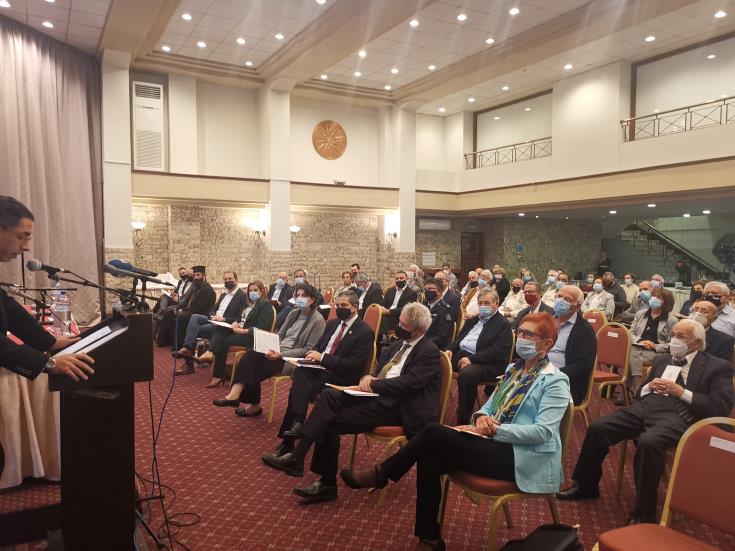 Greek Cypriot negotiator Andreas Mavroyiannis on Saturday said that it was Turkey’s rejection of two of the six points of the framework presented by UN Secretary-General Antonio Guterres that did not allow for the negotiations in 2017 on the Cyprus issue to continue.

Speaking at the 12th Annual Symposium of the Municipality of Kerynia, on the role of the international community in reaching a just solution to the Cyprus problem, Mavroyiannis refrained from commenting on documents leaked to the press regarding the 2017 negotiations in Crans Montana, Switzerland.

He said though that at that critical moment, “Turkey rejected two of the six points of the Guterres framework, the first one being the abolition of the system of guarantees and the second one the withdrawal of the Turkish troops from the island. As a result, the negotiations could not continue and the Secretary General put an end”.

Fully aware of how close to the solution the two sides had come, the Greek Cypriot side has been trying since then to revive the process, Mavroyiannis added.

He noted that Ersin Tatar’s election as the leader of the Turkish Cypriots in 2020 marked a clear shift in the positions of Turkey and the Turkish Cypriot side towards a two – state solution and sovereign equality, setting it as a precondition for the resumption of talks. “This is a blow to the prospects of negotiations”, said Mavroyiannis.

The Greek Cypriot negotiator expressed grave concern over the creation of new faits accomplis on the ground.

He also said that even if the two sides agreed on a solution of the Cyprus issue, Turkey would not give up on its claims on Cyprus’ Exclusive Economic Zone, as those are part of its wider policy in the region.

“We hope and we anticipate that something will be done immediately”, he said.

Cyprus has been divided since 1974 when Turkish troops invaded and occupied the island`s northern third. Numerous rounds of talks under UN aegis to reunite the island under a federal roof failed to yield results.