Turkey had no intention of responding to UN chief’s Cyprus proposals in Crans Montana, 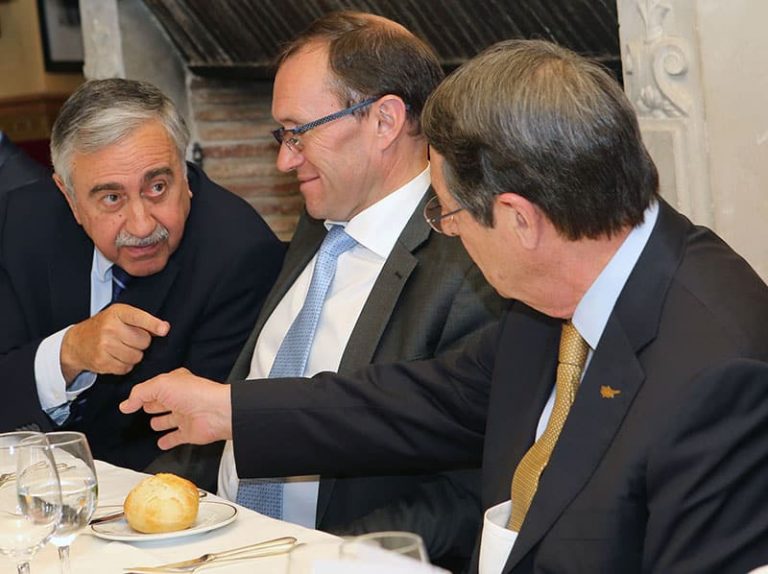 The UN minutes from the 2017 meetings in Crans Montana show that the Greek Cypriot side was consistent and submitted written proposals on all issues contained in the Guterres framework, while it is evident that Turkey had no intention of responding to the UN chief’s proposals, President Anastasides said on Sunday.

Replying to questions, in the sidelines of an event hosted by the large families organisation, and invited to comment on criticism by the opposition concerning the deadlock in the 2017 Conference on Cyprus, in Crans Montana, Anastasias said that “what’s important are the records of the official minutes.”

“From the minutes it is evident that the Greek Cypriot side was wholly consistent and submitted written proposals on the entire Guterres framework on all issues,” he said according a press release issued by the Presidency, adding that “it has not overlooked its demand – which the UNSG adopted – that the anachronistic system of guarantees and the presence of troops should at some point be terminated.”

As he noted, the minutes clearly show that “Turkey had no intention to respond to the UNSG proposals.”

President Anastasiades also said that “taking into account the presence of a sizeable number of settlers, the (Turkish) demand over a positive vote, the permanent presence of troops as well as guarantor rights you realise that a possible acceptance of a solution with the respective content would turn Cyprus into a vassal state or a protectorate of Turkey” and added that “the documents speak for themselves.”

Furthermore, Anastasiades spoke of “mythmakers or distorters of the UN documents who read and pretend that they don’t understand” in a reference to documents with the minutes from the 2017 Conference, leaked recently to the Press.

“History has recorded some facts and I repeat my wish was that the Greek Cypriots would be vindicated as was our intention,” he concluded.

Cyprus has been divided since 1974 when Turkish troops invaded and occupied the island`s northern third. Numerous rounds of UN-brokered talks to reunite the island under a federal roof failed to yield results