Statements by Gen Secretary of AKEL Cyprus S.Stefanou on his contacts in London 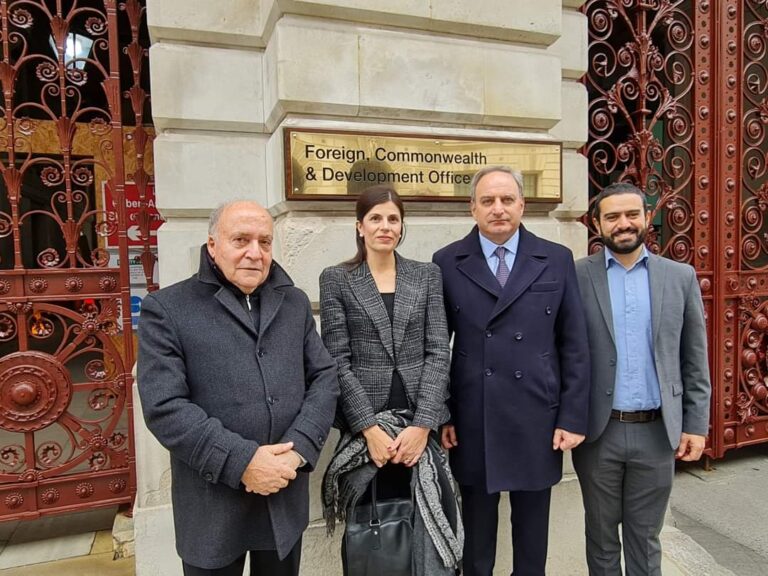 Statements by the General Secretary of the C.C. S.Stefanou on his contacts in London today

At noon I had a meeting at the Ministry of Foreign Affairs with the UK Secretary of State for European Affairs Wendy Morton, with whom I had the opportunity to discuss the current situation on the Cyprus problem.

Mrs. Morton shared our concern regarding the ongoing impasse on the Cyprus problem since 2017, coupled with Turkey’s actions which violate the Resolutions of the UN and reinforce the occupational fait accompli which are damaging the prospects for a solution of the Cyprus problem.

I shared with Mrs. Morton AKEL’s position for the continuation of the efforts to break the deadlock and for the negotiations to resume from the point where they were interrupted at Crans Montana. At the same time, I briefed her about the proposal that AKEL has submitted to the President of the Republic regarding the creation of a dynamic so that we can break the deadlock.

It was a very useful meeting and the Minister and I agreed that we will continue to be in contact regarding the prospects for the resumption of the negotiations on the Cyprus problem.

Earlier on I had a meeting in the House of Commons with the Labour Party’s Shadow Secretary of State for Peace and Disarmament, Fabian Hamilton, with whom we again discussed the Cyprus problem. We also discussed the ongoing deadlock. We discussed the prospects for a solution to the Cyprus problem, as well as the issues of climate change, migration and other issues that concern both Europe and the whole world. At the same time, we also discussed the relations between AKEL and the Labour Party, which go back several years, and we agreed that we will continue and further strengthen these relations.