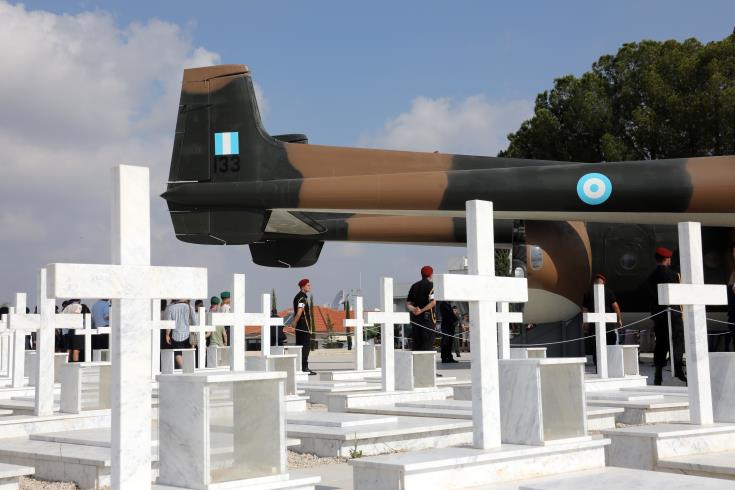 The remains of seven Greek soldiers who lost their lives during the 1974 Turkish invasion on the island will be transferred to Greece on Thursday, the office of the Presidential Commissioner Photis Photiou announced.

The handover ceremony will take place Thursday morning, in the presence of the political, military and religious leadership and Greece`s Deputy Minister of Defense Nikolaos Hardalias.

Relatives of the soldiers who have travelled from Greece will also be present. Photiou and Hardalias will deliver speeches.
Then the remains will be transferred by plane that will depart from the old Larnaka airport around noon.