New measures to contain increase of COVID-19 cases to be brought before the Cyprus Cabinet, Health Minister says 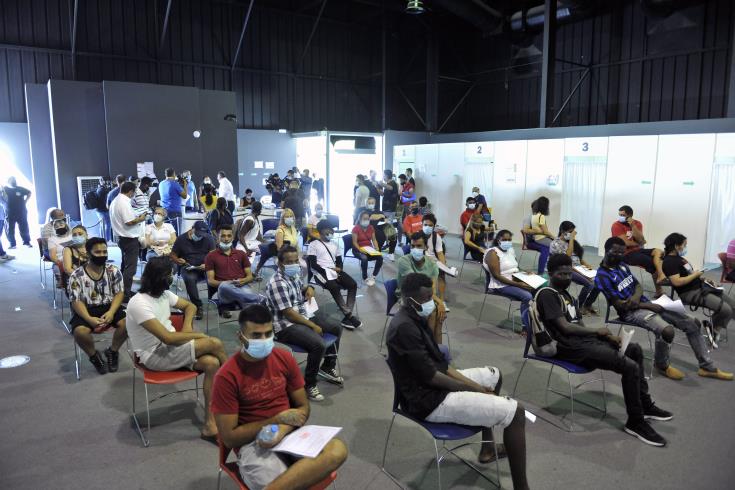 A list of suggested measures will be brought before the Council of Ministers on Wednesday in an effort to contain the rise in daily coronavirus cases, Cyprus Health Minister told the Press Monday afternoon, after a meeting he held with the scientific committee on the pandemic.

The measures agreed during the meeting include, inter alia, the compulsory use of face masks by pupils in primary schools and weekly rapid tests, self-tests for those who are fully vaccinated, the restriction of the number of persons participating in public gatherings and remote working. The possibility to introduce tests both for vaccinated and unvaccinated people in areas where clusters of coronavirus cases are detected was also discussed and it will be brought before the Cabinet.

Health Minster Michalis Hadjipantelas said that the cancellation of Christmas events is also being considered, including school celebrations.

Both the scientific committee and the Ministry are also suggesting the abolition of SafePass for those who do not proceed with the booster dose in a period of seven months.

Hadjipantelas said that a deadline of three weeks will be given for unvaccinated people to get their jab. If not, restrictive measures will be applied.

Constantinos Tsioutis, head of the scientific committee and assistant professor of Internal Medicine and Infection Prevention and Control, said that a difficult period is ahead of us and warned that the risk of infections usually increases during Christmas. He called on citizens to remember what we need to do to prevent further deterioration of the situation.