Group sentenced for defrauding betting shops out of more than £600,000 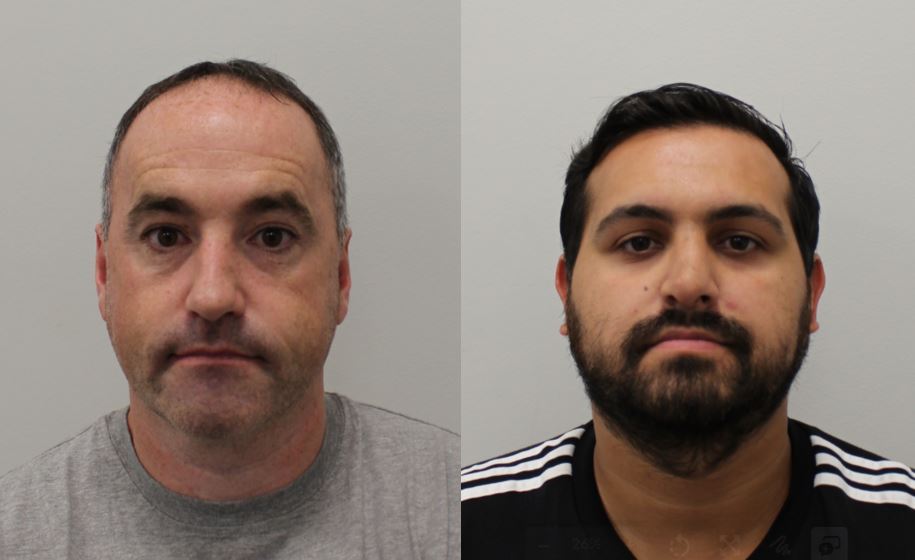 Four men who defrauded betting shops across the UK out of more than £600,000 have been sentenced, following an investigation by the Met’s Specialist Crime Command.
The group used laminated £20 and £50 notes to trick self-service betting machines into registering a deposit being made, before using a plastic lead to pull the note back before it was taken.
They targeted Ladbrokes and Coral stores across the UK, including in Yorkshire, Merseyside, Essex, Cambridgeshire, London, Surrey and the West Midlands between July 2020 and June 2021.
The men were sentenced at Kingston Crown Court on Monday, 22 November after pleading guilty to conspiracy to commit fraud. They were also given a life-time ban from entering any bookmakers.
[A] Thomas Wheatcroft, 40 (16.02.81), of Hunter Road, Portsmouth, was sentenced to four years and three months’ imprisonment.
[B] Charlie Shaw, 33 (01.07.88), of Wadham Road, Portsmouth, was sentenced to two years’ imprisonment.
[C] Michael Sadgove-Tarrant, 37 (11.08.84), of Hanway Road, Portsmouth, was sentenced to one year imprisonment, suspended for two years.
[D] Paul Hubbold, 59 (19.04.62), of Clarence Road, Barrow-in-Furness, was sentenced to nine months’ imprisonment, suspended for 18 months.
An investigation was launched after several reports of staff at stores across the UK finding thousands of pounds was missing when they were cashing up machines at the end of the day.
Detectives from the Met identified 168 offences committed by the group, who travelled the country targeting different betting shops.
Enquiries were carried out and led officers to arrest Wheatcroft, Shaw and Sadgove-Tarrant in Basildon in June 2021. They were found to be in possession of bags of clothing which included 20 baseball caps.
They were compared against CCTV images from the offences and it was established that the group responsible for the thefts had been wearing the same clothing.
To date, the total loss to Ladbrokes and Coral has been £663,556.
Detective Constable Kevin Parley, who worked on the case, said: “The substantial sums of money stolen by the group is a significant loss to the businesses these men had targeted.
“We worked closely with security officials from both firms to carry out a joint investigation, which included gathering evidence to bring forward a robust case against the four men.
“I am pleased that Wheatcroft and Shaw, who were the main offenders, received custodial sentences, and I hope this provides some relief for the companies who have been affected by their actions.”