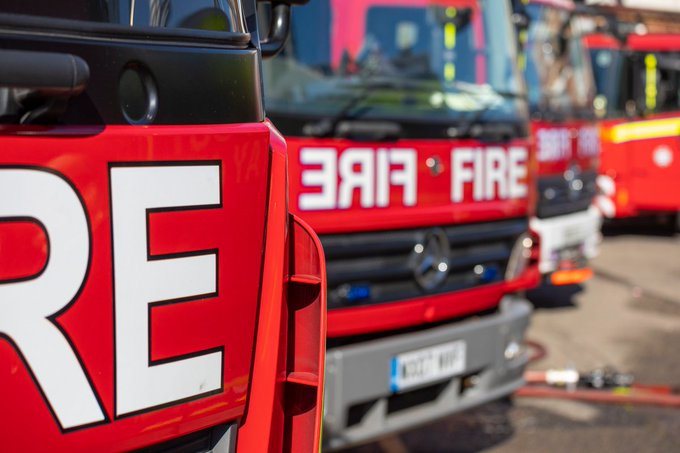 Six fire engines and around 40 firefighters were called to a fire at a flat above a shop on High Road in Tottenham.

Half of the ground, first and second floors of the building were damaged by fire. Eight people were out of the building before the Brigade arrived. One man was treated on scene by London Ambulance Service crews.

Sub Officer Lee Green, who was at the scene, said: “On arrival there was thick black smoke coming out of the front of the building and flames were visible.

“Crews gained entry through the back of the building and worked incredibly hard to quickly bring the fire under control.”

The fire is believed to have been accidental and involved a tumble dryer.

If your white goods start making a strange noise, don’t ignore it. If you think there’s a problem always unplug it and contact the manufacturer or a qualified repair technician.

Most fires where white goods are the source of ignition are not down to anything you have done – so always make sure you register your appliances as you’ll be informed if any issues are identified with the product you’ve bought.

The Brigade was called at 0026 and the fire was under control by 0123. Fire crews from Tottenham, Edmonton, Stoke Newington, Walthamstow and Hornsey fire stations attended the scene.